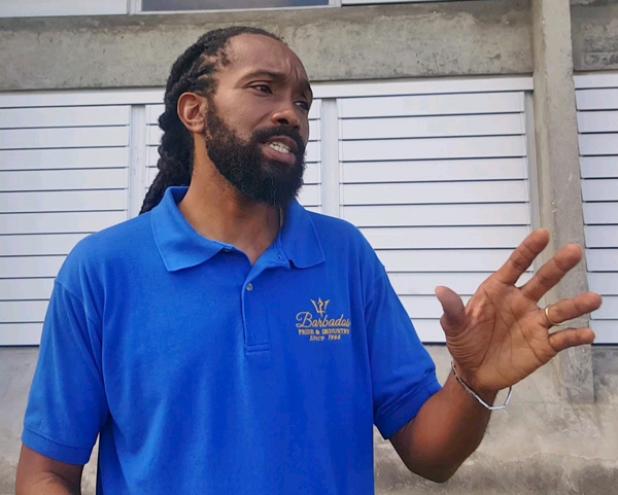 Students involved in the agricultural science programme at the Daryll Jordan Secondary School are being encouraged to not only hone the skills they learn at school in the fields, but to replicate what they have learnt at home, so they can become self-sufficient by growing their own crops.

Timothy Kellman, Agricultural Science Teacher at the Daryll Jordan Secondary School recently spoke with The Barbados Advocate about the work being done with the students at the school, who have shown a keen interest in agriculture. His comments came after there was further buzz at the school, as Prime Minister of Barbados Mia Amor Mottley along with Cabinet colleagues launched the Million Trees for 2020 Project at the school recently.

“The Agricultural Science Programme here has recently just taken a very good upturn. We have had input from the Inter-American Development Bank through the Skills for the Future Programme. So we have been able to improve a lot of our facilities here,” Kellman explained.

“We have been able to add a shade house, which was very important for us, so we could do our own seedlings which we would then transport into our main field. We were also able to improve our irrigation systems and just bring the entire unit into this century, because we were using what we had, but we wanted our students to be able to operate at industry standards. So that was extremely good for us. We’ve been able also to set up a small aquaponics (centre) at the front of the school as well. That has generated quite a buzz. Children love fish and they love food. So you can see the increase in the excitement, the increase in the involvement. Students who are not even doing the programme are involved,” he further commented.

Pointing out that students of the programme were able to grow watermelons, cucumbers, squash, cantaloupe and other crops at the school, Kellman noted an agri-business side was also introduced, so they could make the connection between rearing the crops and selling them. They also now have extra knowledge about how to grow fruit trees, through the new project. So they are being encouraged to replicate what they have learnt for themselves, at home.

“Some students have already told me that they have started to do some production at home, on their own. I am sure now that they are getting the different types of plants that are indigenous to Barbados and they are learning of their properties. The next step is now in the tasting, but I think they are already sufficiently encouraged to do it at home and given that the resources that we use to produce the plants and to plant them is not too far beyond them. They are eager and willing to do it and we are going to definitely encourage them,” Kellman said.