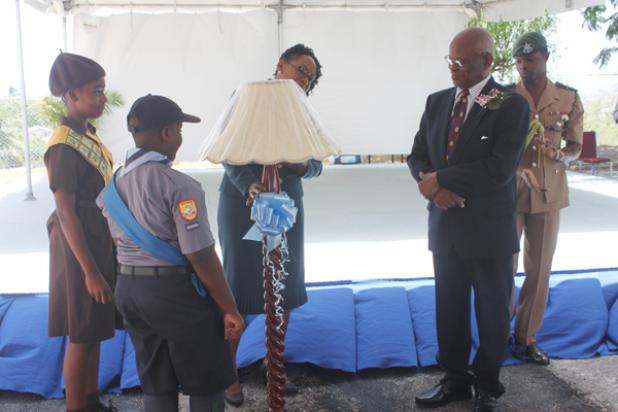 Governor General of Barbados, His Excellency Sir Elliott Belgrave, admiring the gift presented to him by the St. Bartholomew’s Primary School. Looking on are Principal of the school, Hyacinth Harris; Deputy Head Boy, Jaden Jones; and Head Girl, Shakyra Boucher. 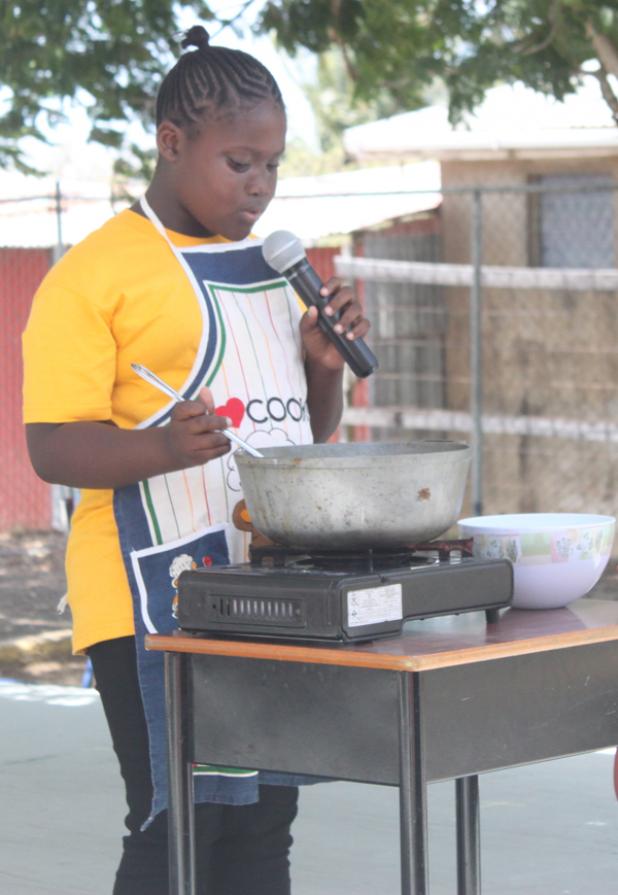 Treanna Cummin speaking about the challenges of being a single mother. 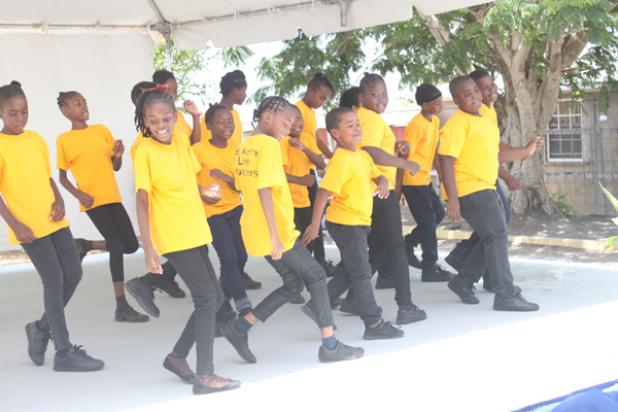 Wed, 04/27/2016 - 12:00am
Students and staff of St. Bartholomew’s Primary have been highly commended by Barbados’ head of state for maintaining a clean and tidy school environment.
Governor General of Barbados, His Excellency Sir Elliott Belgrave, lauded members of this Parish Land, Christ Church institution during his official visit on Monday.
“I know from information given to me by the illustrious, hardworking ADC that this school has a policy of keeping the surroundings tidy. I think it is praiseworthy and worthwhile… If you can keep your school tidy, you are going to endeavour to help your parents to keep your surroundings tidy,” he stated.
His Excellency, during his remarks, also wished the Class 4s well during the upcoming Barbados Secondary School Entrance Examination (BSSEE).
Meanwhile, speaking to the entire student body, he reminded them of the importance of having a solid education. He also encouraged students to seek to become good citizens and to seek to further develop Barbados. Additionally, he urged them not to engage in fighting, not to do drugs or use obscene language. He further spoke to them about being patriotic and having a love for their country as well as having respect for their parents, teachers and for themselves.
As a special treat on the occasion, the Governor General was entertained by performances in dance, drama and song, which were done by pupils from all levels of the school. Among the items done was a line dance by the St. Bart’s Line Dancers to the soca track, ‘Spontaneous’. The school’s choir also sang ‘Amenitendeya’, ‘Emmerton’ and ‘The Ashgrove’. While separate drama groups did ‘Peggy Sue’ and the NIFCA Silver Award-winning piece, ‘211’ respectively.
These items were all well received by His Excellency, who took the time during his remarks to not only commend the students, but touch on what aspects of each piece he particularly enjoyed.
After viewing the day’s entertainment package, Sir Elliott met and interacted with some of the teachers and pupils of the school. (MG)