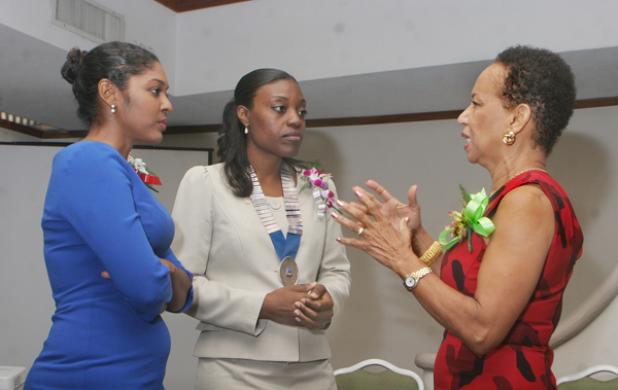 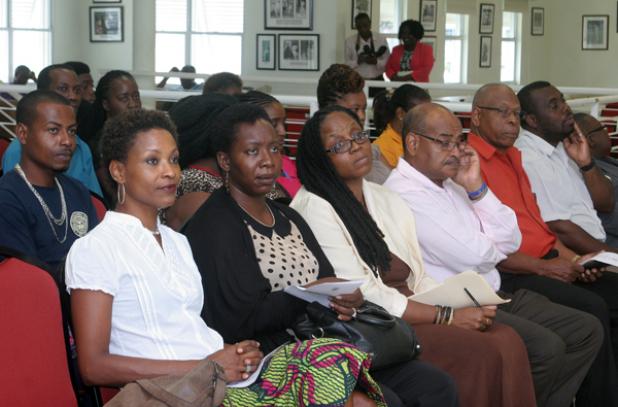 Members of SIB came out in their numbers for the Annual General Meeting.

THIS is the charge that Pro-Vice Chancellor and Principal of the University of the West Indies, Professor Eudine Barriteau, left with Soroptimist International Barbados (SIB), as she commended them for all the work that they have been doing in the lives of young women.

Prof. Eudine Barriteau described the group of women as being accomplished and hard-working, showing no reluctance in working with women, as their mission statement suggests. However, Prof. Barriteau claims that in looking to chart their course for the future, there is still a lot of work to be done.

One major concern of Barriteau’s is for the organisation to avoid letting the past ruin their outlook for the future. She highlighted that this is a phenomenon that is no stranger to the Caribbean, where the past is hardly settled before moving ahead. Given this, Barriteau outlined five issues that are affecting young women. Broadly, these are: Drug use; Prostitution and Sexually Transmitted Diseases; Lack of privacy due to internet forums; Limited migration options for work or education and the fact that they are vulnerable and make easy targets.

As many at the SIB Annual General Meeting agreed, Prof. Barriteau disclosed that this was a list she compiled nineteen years ago, indicating that the past is not yet settled. Thus, she insisted that before the future can be engineered, ensuring that the past and the present is being taken care of is paramount.

Moreover, Prof. Barriteau noted that one of the objectives of the SIB is wanting to have a wider impact. To this end, the Professor told them that they cannot fix problems if they look at them narrowly. Therefore, in addition to suggesting that the organisation reach out to young ladies before they are institutionalised at the Government Industrial School, Barriteau implored that they include boys in their programmes as well.

Furthermore, she suggested if it is not under the portfolio of SIB to engage boys, they should reach out to organisations such as MESA to partner with them in such initiatives, because it makes no sense to only care for half of an ulcer.