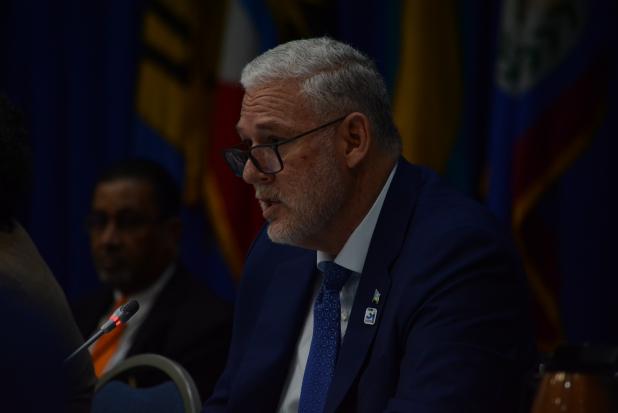 The ongoing political crises in Haiti and Venezuela is a pressing concern and Prime Minister of St. Lucia and former Chairman of Caribbean Community (CARICOM), Allen Chastanet contended that the region needed to find urgent solutions.

Speaking at the 31st Inter-Sessional Meeting of the Heads of Government of CARICOM, Chastanet explained that all efforts of mediation have failed and according to all reports the conditions in Venezuela was deteriorating despite a recent lull.

“The involvement of outside forces in the controversy, however could only escalate the crisis and make a resolution that more difficult, while at the same time testing and stressing our own attempt at a common position on that issue,” he said.

The United States has pushed for the removal of President Nicolas Maduro to be replaced by opposition leader Juan Guaido. The current leader, Maduro, however, is solidly backed by Russia, Cuba and China which elevates the already strained situation to further political heights.

The issue in Haiti stems from the opposition forces seeking to remove President Jovenel Moise from office over allegations of embezzlement regarding funding provided by PetroCaribe for certain projects.

“While understandably we have ring-fenced some of Haiti’s rights and privilege in our treaty, more importantly, we must be honest brokers and admit that we, like many others, have failed in our attempts to find a solution,” Chastanet continued.

Chastanet stated that CARICOM, given the common history with Haiti, owes its people a newly charted path to a solution, one that so far has been elusive for the long standing crisis. (AS)