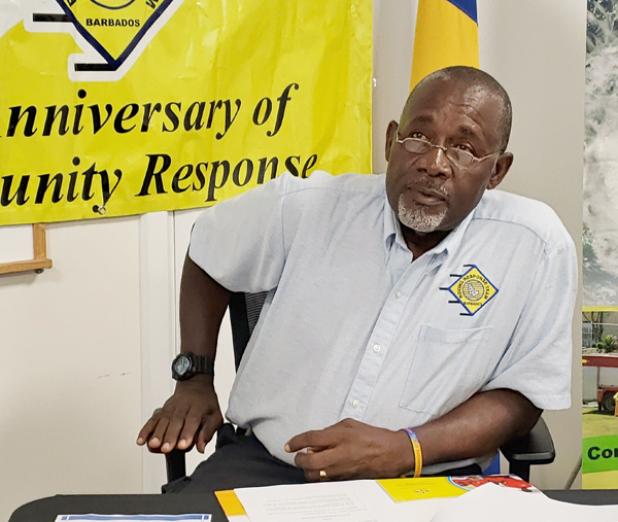 THE members of the Roving Response Team are fully committed to supporting the national emergency management system, during any unpredicted eventualities.

President of the Roving Response Team (RRT), Ricardo Patrick, acknowledged the above, as the RRT and the Department of Emergency Management (DEM), represented by its Director, Kerry Hinds, recently signed a Memorandum of Understanding (MOU) that will allow for a more effective and proactive partnership between the two entities, when it comes to disaster management in Barbados. That signing ceremony took place at the DEM’s new headquarters, located in The George Greaves Building, No. 24 Warrens Industrial Park, St. Michael.

“As it is now, they are preparing the DEOs, so that they can help themselves. We are supplying some of the training. We have a programme that

is supposed to come off shortly that will be an asset to some of these DEOs in neighbourhoods, so that they can then put the training back into their neighbourhoods and explain to people the things that should be done or that could help them,” the RRT President explained.

He meanwhile noted, “We the Roving Team, we do a lot of internal training and we work with a lot of other entities in trying to prepare ourselves, so that in case something happens, we can be ready to activate.” (RSM)