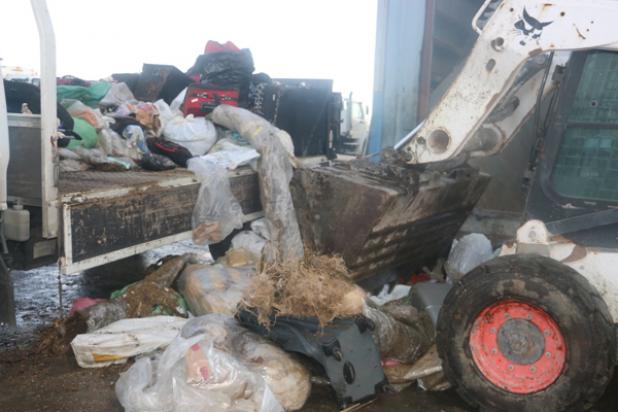 Drugs being removed from the truck to be placed in the incinerator.

Though the legalization of marijuana for medicinal and sacramental use is currently under the microscope locally, Barbadians are reminded having and growing this drug is still against the law.

This reminder comes from Public Relations Officer with the Royal Barbados Police Force (RBPF), Inspector (Ag.) Rodney Inniss who said the RBPF will continue to enforce the law.

“Some persons have been commenting about the legalization at this stage, having and growing marijuana is still illegal in Barbados and the Royal Barbados Police Force have a responsibility to do the necessary [things]. It is still a crime and persons will still be charged for harvesting or transshipping of drugs wherever it is discovered.”

His comments came as he spoke to the media on Friday at the incinerator where drugs were destroyed. The destruction was supervised by the Superintendent Acting in Charge of the Southern Division, Elphene Moore.

Inniss outlined in total there were “18139 marijuana plants that were harvested throughout the year. We have 871.60 pounds of marijuana, 8 pounds of cocaine. Of the 18139 plants, some 1495 were from the Northern division, Holetown station to be exact. That is the total that we are going to destroy today.”

He also stated this is the “fourth burning that we have had here for the year. We do various destruction when matters have been adjudicated. Some of the drugs have been found property and once we get the go ahead, we destroy them.”
(MG)