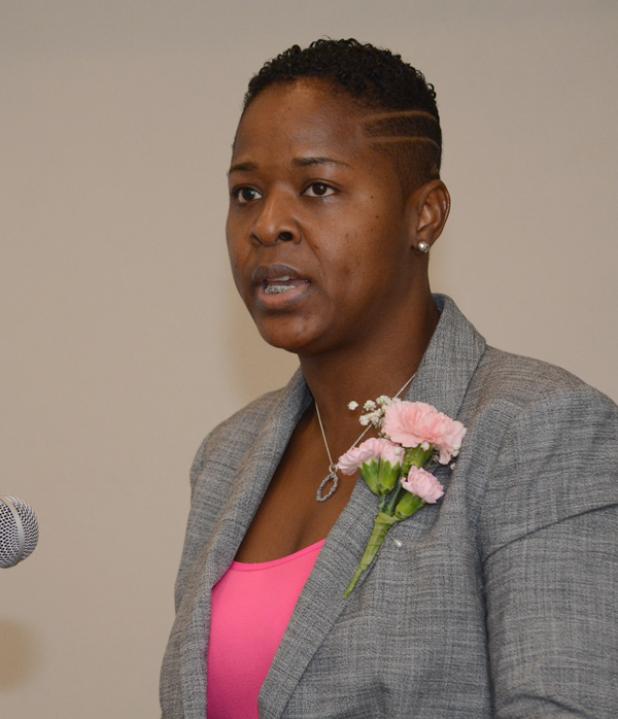 Glaucoma and cataract remain the leading causes of blindness globally, and diabetes is increasingly becoming a common risk factor for loss of sight.

That’s according to Executive Chairman of the Queen Elizabeth Hospital (QEH), Juliette Bynoe-Sutherland, who noted that it is estimated that 35.6 out of every 1,000 people in this country have diabetes and one-third of the persons living with diabetes in the Caribbean are affected by eye disease.

Those facts were included in remarks read on her behalf by the hospital’s Communications Specialist, Lyn-Marie Deane, at the 10th Annual Latest Updates in Ophthalmology Subspecialty Conference at the Accra Beach Hotel yesterday morning. The executive chairman’s comments came as she said that an estimated 4.5 million people across the world are blind due to glaucoma and that figure is expected to more than double to 11.2 million by the year 2050.

“As the prevalence of diabetes increases in our population, currently estimated at 17 per cent of the adult population, so do complications which affect the eyes. These complications include cataract, diabetic retinopathy and neovascular glaucoma. The 2017 International Diabetes Foundation Diabetes Atlas reported that the prevalence of diabetes in people aged 20 to 79 in Barbados was 17.6 per cent, with 26.2 per cent of cases remaining undiagnosed,” she said.

Bynoe-Sutherland, who recently took over the helm of the island’s premier health institution, said that to address the issue of preventable blindness, the Ministry of Health, through a collaborative process involving the public and private sectors, developed the National Eye Care Policy and Strategic Plan 2014-2019. She indicated that the goal of this policy has been to provide a framework for the eradication of avoidable blindness and visual impairment, a commitment this country also made when it adopted the VISION 2020 goals.

“Overall, the desired outcome is to strengthen the delivery of ophthalmological services at the primary, secondary and tertiary levels of Barbados’ healthcare system. To this end, I am here to reassert the QEH’s commitment to the fight against preventable blindness and toward becoming a centre of excellence in ophthalmologic care. This commitment will be further demonstrated through the recommissioning of the Ophthalmology Operating Theatres in the Lion’s Caribbean Eye Care Centre,” Bynoe-Sutherland added.

She explained that to achieve that goal, the department joined forces in 2018 with Bill Tempro – a legally blind World Champion sailor, and the Barbados Sailing Association to raise $500,000 through a fund-raising initiative dubbed ‘Sail for Sight’. According to Bynoe-Sutherland, some $200,000 was raised, which will help to renovate dedicated theatres, so as to increase the surgical capacity of the department. Likewise, she said, it will help to reduce the wait time for patients requiring ophthalmic surgical interventions at the hospital. (JRT)