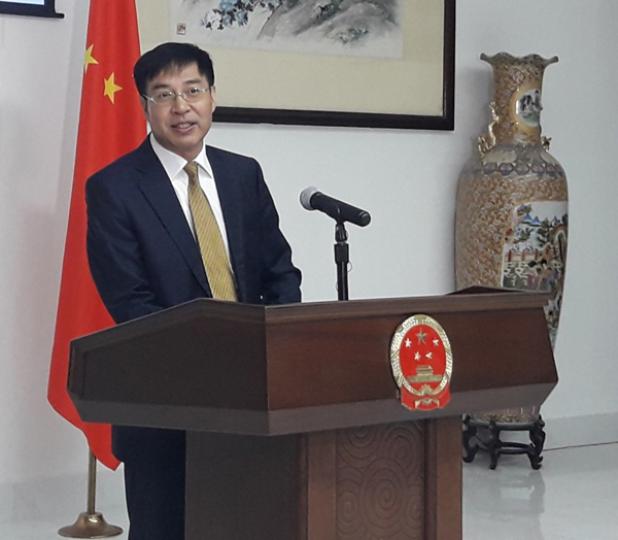 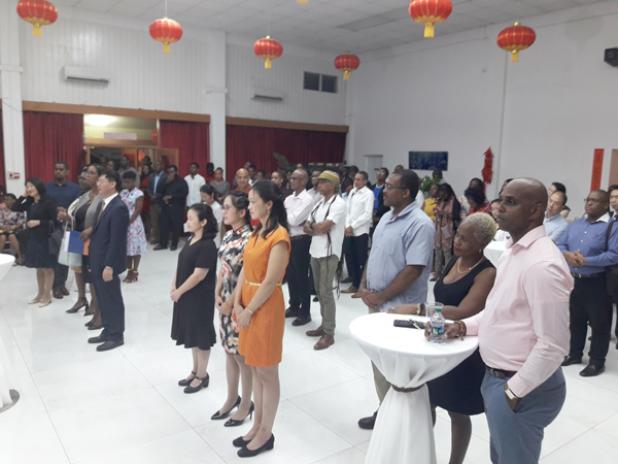 Participants of the 2018 and 2019 China Aid Human Resources Training Programmes gathered at the Embassy of the People’s Republic of China in Barbados for a reception, Friday night.

Chinese Ambassador to Barbados, H.E. Mr. Yan Xiusheng, has urged participants of China Aid Human Resources Training Programmes to make full use of the technologies, concepts and experiences learned in China in their work, contributing to the social and economic development of Barbados.

Hosting a reception in their honour at the Embassy of the People’s Republic of China in Barbados, on Friday night, he said that through the training in China, all participants not only have acquired knowledge, exchanged ideas and experiences, but also had the opportunity to experience the tremendous achievements which China has made in economic and social development and enjoyed the beautiful natural scenery, as well as forged friendships.

So far, more than 300 000 officials and technicians from developing countries all over the world have been to China to participate in seminars or training programmes in various fields and among them nearly 400 are from Barbados. During 2019, there were three bilateral seminars for Barbadians held in China and four more are slated for 2020.

Ambassador Yan said that over the past year, China and Barbados’ friendly relations have developed steadily and high-level exchanges have continued.

In addition to Government Ministers visiting China which deepened the mutual understanding and mutual trust between the two sides, in February 2019 the two countries signed a memorandum of understanding for the “Belt and Road” International Co-operation, which broadened the field of bilateral pragmatic co-operation.

“The Fish and Dragon Festival, the Chinese Language Bridge, and the Chinese Film Festival are flourishing. A group of Barbadian students were granted Chinese government scholarships to study in China. The fourth batch of Chinese medical team began their year-long work in Barbados,” he highlighted, while assuring that this momentum will be continued in 2020.

“The Embassy is ready to work together with the Ministry of Foreign Affairs and Foreign Trade and other relevant departments in Barbados to have more officials and technicians sent to China to participate in training programmes, which will lay a solid foundation for continuously deepening bilateral pragmatic co-operation between the two countries.” (TL)