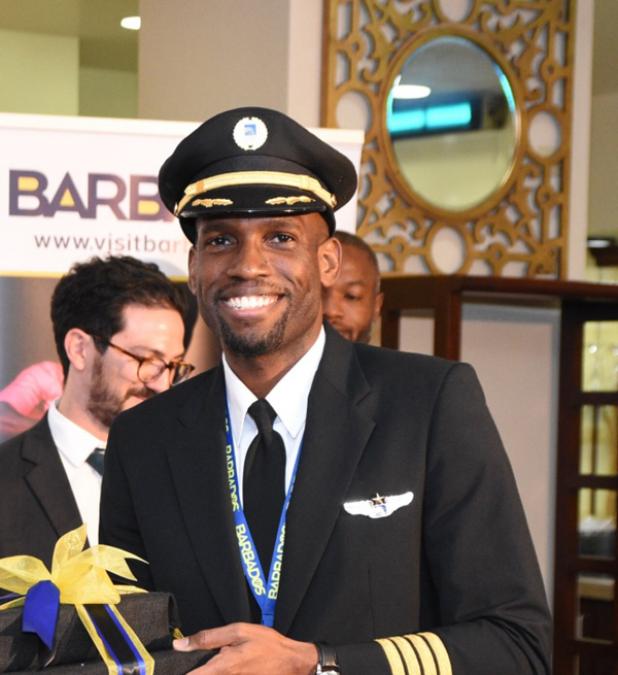 Push through the obstacles

For those pursuing the career of a pilot, it is well-known that this it is a career path filled with obstacles, however, successful, Barbadian pilots have encouraged young hopefuls to push through the barriers and obstacles.

Speaking with The Barbados Advocate recently, Captain Chetwyn Clarke of Copa Airlines revealed that his career path was not all rainbows and butterflies; “it was hard work”. He advised persons looking to become pilots to go to the Flight Airplane Club at the Grantley Adams International Airport and do a couple of flights to make sure that this career path was something they were truly passionate about.

“After that it takes a little bit of work and dedication. It takes a lot of money as well; so if you need to work a little bit before you go to pilot school – you do that to get there. Keep your head down and keep focused on what you want to do, and you never know where your opportunities will open up,” he said.

Clarke revealed that when he first finished flight school, no one in the Caribbean was hiring so he spent a year working in a different field. Following that year, he “kind of tagged along” with a Caribbean airline getting experience.

“Then I got my first break when Executive Air started in Barbados. So it takes a while for things to develop which means you have to be patient and you have to look at it long-term because you can’t get frustrated at the first road block that you have and give it up – in this business, road blocks are going to come and you have to keep pressing on,” he said.

For Clarke, who has been flying since 2007, pushing through the obstacles allowed for him to be the pilot to fly Copa Airlines back to Panama following the inaugural flight to Barbados on Tuesday.

Captain Marc Holford, another Barbadian pilot flying for an international airline, echoed Clarke’s sentiments as he noted that wanting to become a pilot in Barbados was not going to be an easy task for anyone looking to pursue that career.