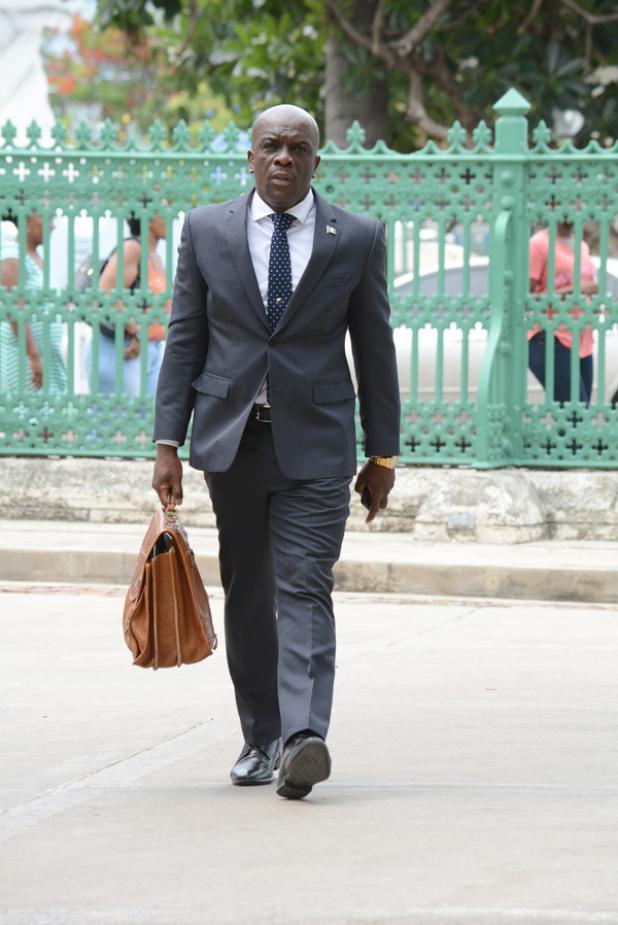 Minister in the Ministry of Housing, Lands and Rural Development, Charles Griffith.

Government is taking a proactive approach as it relates to the management of National Housing Corporation (NHC), housing units.

The assurance has come from Minister in the Ministry of Housing, Lands and Rural Development Charles Griffith. The Member of Parliament for St. John, said the ministry has been conducting site visits “a fact finding mission” to identify some of the issues facing tenants and to try as much as possible to find solutions to those problems.

“The electrical upgrade is going to cost $7 401 per unit at these locations and this is something that we have to make right as part of the divestment process. We are doing what is necessary, I know maybe in a week’s time that electrical upgrade will happen. We have identified those electricians that will be part of the process and that will happen very, very soon,” Griffith said.

He added, “Mr. Speaker, $495 000 to date was paid to surveyors to try to rectify the issues as it relates to these housing units. One must bear mind that in some cases these units are more than 50 years old, and according to the engineers, any building that is in excess of 50 years, is what they would call maybe problematic, outside the scope of being able to retrofit that building to bring it to modern day standards”.

The Minister noting that at some locations, units do not have ring beams, he said the work to be undertaken is certainly a tall order for the NHC and the ministry, but he said they are up to the task.

“Mr. Speaker, 95, 97 per cent of those persons who we have sent letters to indicating that they qualify for the divestment programme would have accepted those letters and agreed that they would be part of the process. So you understand the mammoth, mammoth task that it is that we are straddled with as it relates to what we can only consider as a little madness that the previous government engaged in… Now as I said we have taken a proactive approach to the maintenance, maybe it is not as fast as persons would have expected, but we are actually doing what is necessary to make wrong things right as it relates to persons all across the estates,” he stated. (JRT)