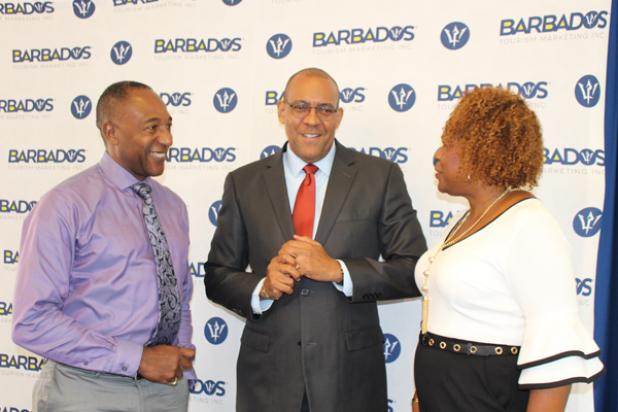 BARBADOS has recorded an increase in tourism arrivals and tourism spend in the first months of the year.

This was revealed yesterday by Minister of Tourism and International Transport, Kerrie Symmonds, during a media briefing held to discuss planned activities for Tourism and Maritime Week 2019, which will take place between September 22 to 28.

Minister Symmonds told the media that between January 1 and July 31, Barbados’ long-stay arrivals were recorded at 433 263 or 20 666 more than were recorded during the same period in 2018.

Minister Symmonds stated that the figures also demonstrate that Barbados’ visitor arrivals continued to climb in spite of the challenges associated with Brexit in the UK and despite the challenges facing the USA as it relates to its trading partners.

The Minister, while lamenting that he will not be on the island next week during Tourism Week celebrations, revealed that he will be attending a road show in Scotland and Ireland in order to drum up more business out of the UK. “We have taken a deliberate policy judgement that given those things which are happening in the UK, it is becoming increasingly important to pay closer attention to that major source market,” he said. (JH)