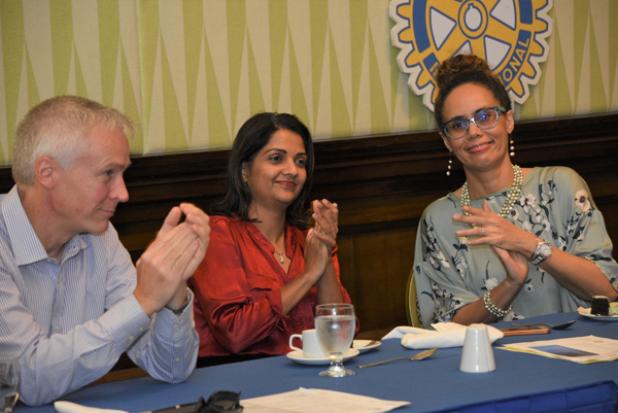 Right now Barbados does not have legislation in place to allow cadaveric organ donation but two medical professionals believe that the establishment of this legislation would be beneficial to the country.

Speaking during the Rotary Club of Barbados’ weekly luncheon that took place yesterday at the Hilton Resort, Dr. Nerissa Jurawan stated that there was a need for more education and awareness on the success of organ donation in Barbados, as not many persons were aware.

To fix this issue, Jurawan said that they were aiming to fix this and raise more awareness.

“The other issue in Barbados is that there is no legislation in Barbados to donate organs, so we can’t have a drive to say if you’re willing to donate your organs when you pass, you can sign up. So we have long strides to make in terms of education about why donation is important,” she said.

She believed that prevention was better than cure and given the fact that the number of chronic diseases cases appeared to be skyrocketing in Barbados, perhaps now was also the time to have a national discussion on the importance of screening for these non-communicable diseases and taking better care of our bodies.

Speaking to media on the sidelines of the luncheon,Consultant Surgeon at the QEH and Surgery Lecturer at the UWI, Dr. Margaret O’Shea also believed that the creation of this legislation would be beneficial.

“We don’t have enough living donors, but this is a worldwide issue, and we do think that in Barbados, in order to become more sustainable we do need the cadaveric programme to start and I think this administration is poised to do it and they are certainly more keen to do such,” she said.

She explained that sometimes patients may not have a donor or family members to be considered as a donor because of an NCD of other disease and with the creation of this legislation, patients would be able to have an option available.

She stated that in Barbados right now, persons were only considered dead when their hearts stopped beating, and by that time the kidney would no longer be of use; with the legislation allowing them to use the kidney of a person who was brain dead and signed up to be an organ donor, then patients with end stage renal disease and no living donor option, have a fighting chance.