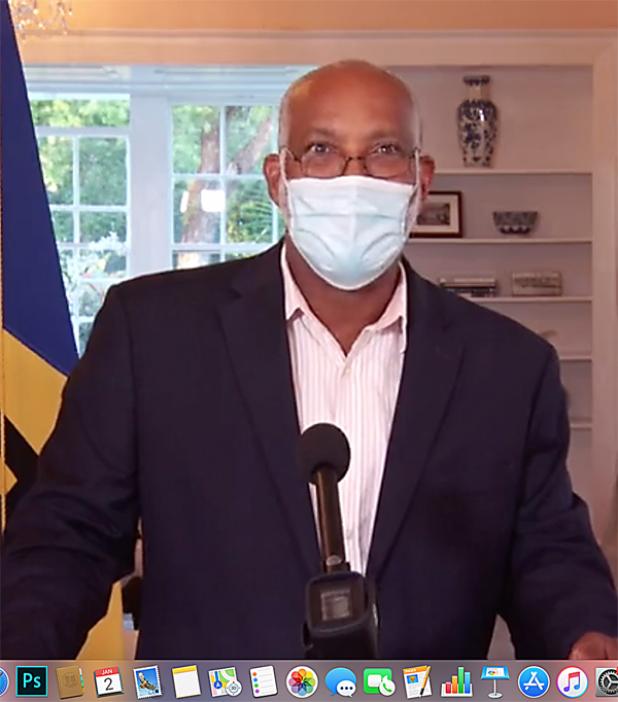 ATTORNEY General Dale Marshall has announced a new special curfew directive effective January 2 to January 14 between the hours of 9 p.m. and 5 a.m., with some exceptions.

During a press conference held at Ilaro Court yesterday evening, the attorney general stated: “We are not shutting down the country, we are instead putting the brakes on certain activity that we consider to be high risk.”

He reminded that the curfew period is now between 9 p.m. and 5 a.m. at which time no one should be on the roads of Barbados out of their residences, unless they fit within two exceptions. “The first – if you are an employee or member of an essential service – doctors, security guards, security officers, firemen, nurses, pharmacists...”

The second, he said, which was not spelt out during the earlier directive, was for persons who have to leave home because of an emergency.

He revealed that some businesses will be affected by this rule and provisions are being made for entities or individuals who are affected by this curfew to apply for exemptions. “We are allowing certain entities to continue to operate. All manufacturers, gas stations, hotels, villas and other rental accommodation. There are other establishments in Barbados that need to work around the clock that don’t fit within these three headings and they are therefore encouraged to apply to www.gov.bb and request an exemption.”

Attorney General Marshall further explained that under this two-week period it will also be important to limit the social activities of which Barbadians have become accustomed. “We have now determined that no person should host or attend a party, a recreational or competitive sporting event, a banquet, ball, dance or reception, a meeting of a fraternity, private or social club or civic association or organisation.

“In relation to the beaches, and the parks, we are prepared to allow beaches and parks, but only for the purpose of exercise or in the case of the beach for swimming. And in the event that a group of persons intend to gather at a beach or a park, those persons must be from the same household and shall not exceed ten persons.”

Marshall noted that there are significant changes coming to religious worship. “The Prime Minister, myself and others had a productive consultative session with the faith-based organisations in Barbados, to discuss the impact that the kinds of COVID numbers we are seeing will have on their operations and the possibility of spread should they continue to function as normal.”

“Firstly, that places of religious worship shall only open for the conduct of funeral services which shall be attended by more than ten mourners, one officiant, the funeral director and any other necessary staff. Secondly, weddings are also going to be affected. We go back to those earlier arrangements. During this two week period only be attended by the bride and groom, two witnesses and the marriage officer.

“In relation to the day-to-day conduct of religious services, the churches have agreed that they will cease face to face functioning and therefore we are providing in this directive for the streaming and conduct and religious services at which only three persons including the officiant should be present.”

It was reminded that the COVID 19 directive of 2020 is still in place. “To the extent that those provisions have not been altered in any way by this special curfew directive, that directive continues to be in place. So Barbadians need to consider both directives,” the attorney general said. (JH)