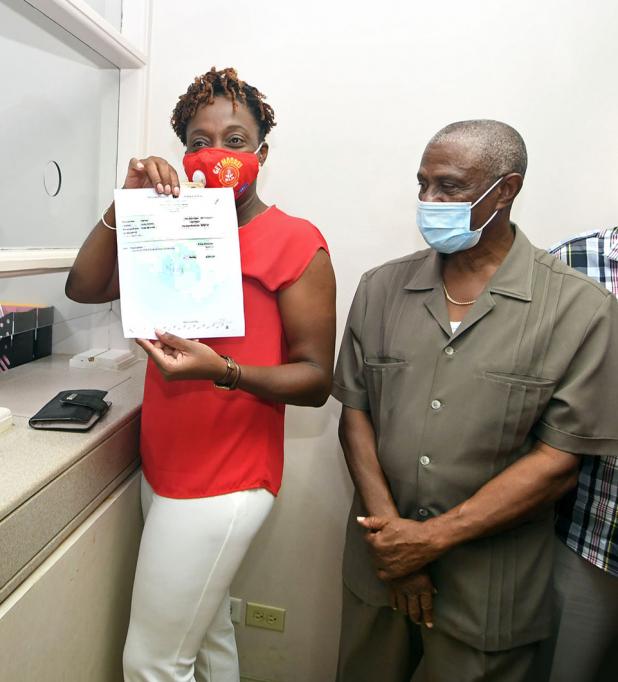 A confident Toni Moore exited the National Housing Corporation in Country Road yesterday after paying in her deposit to the Treasury for the November 11 by-election.

Telling the media she felt “energised, optimistic and highly confident” of a win at the polls, the Barbados Labour Party candidate for St. George North commended the other contenders in the race for offering themselves for service.

“I will not be one of those demeaning others and demeaning the commitment of those who have entered a race which suggests that they are interested in serving Barbados. That being said, there can only be one winner and that winner will give the people of

St. George North ‘more,’” the General Secretary of the Barbados Workers’ Union stated to the cheers of those around her.

Flanked by several Ministers including

Insisting the campaign is not focused on young people alone, she added that her representation will be focused on improving the lives of all people.

Sutherland, who is the campaign manager for the November 11 by-election said the team is in constant contact with the Electoral and Boundaries Commission, stating that there had been no major issues with the voters’ list and that the time for transferral of persons has already passed.

“It has been a professional process and should remain that way,” he added. (JMB)