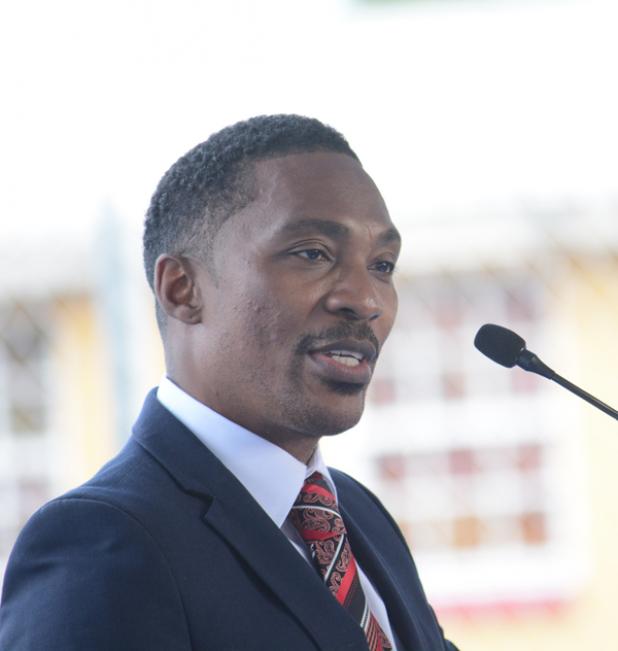 Minister of the Environment and National Beautification, Adrian Forde.

Minister of the Environment and National Beautification, Adrian Forde is concerned about obesity among young people in this country and believes that swimming can help those persons get a better handle on their weight, and by extension their health.

Forde a pharmacist by profession, suggested that swimming is good exercise for young people. He was speaking during the recent launch of the “Swim for life” programme, which is being carried out this summer by the Ministry of Maritime Affairs and the Blue Economy in collaboration with National Sports Council and the National Conservation Commission (NCC).

His comments came as he said that the NCC, which falls under the ambit of his Ministry is playing an important role in the programme, as it will be making its lifeguards available to ensure the safety of the 1 000 young people being targeted through the initiative, over the course of the summer vacation. He explained that the lifeguards will be working in tandem with the instructors of the programme.

“A lot of persons in Barbados see lifeguards sitting down in a hut and they feel that they are sightseeing and maybe watching the fairer sex, but that it is not the case. They are there to ensure that when we put our young charges in an environment where they are now learning and experiencing for the first time, that there is a safety network,” he stated.

Forde suggesting that swimming must become a buzzword among our young people, said that he is prepared to lead by example, and intends over the next few weeks to also learn how to swim.

“We are as Government decided that we can’t only talk the talk, we have to walk the walk, and swim the swim for our young people. This Minister is prepared to lead by example, because we believe that every single young Barbadian must be able to champion the waters and look above the horizon,” he added. (JRT)