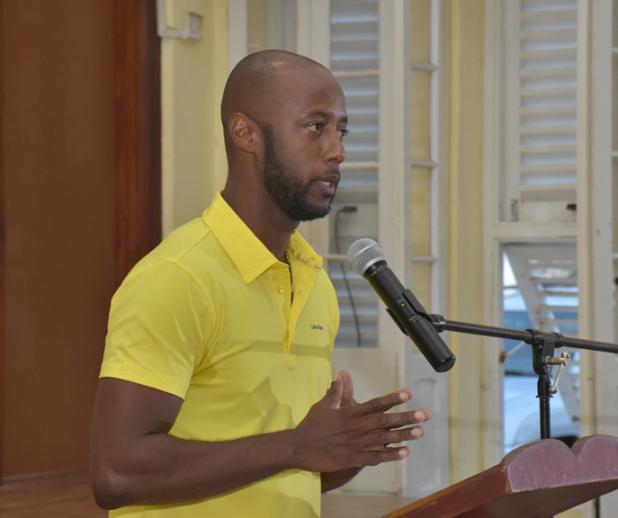 With the minimum wage in Barbados set to rise, businesses might be forced to increase prices or cut jobs.

“Only last week, the government was talking about raising the minimum wage. They have boxed themselves in a corner because they have carried up the cost of living so high that they now have to compensate for it… Businesspeople will have decisions to make, we know that the biggest contributor to any business is labour, so what would you do – you have to raise prices or you have to send people home.”

Walters, the local General Manager of Burger King who has set his sights on the St. Michael North West constituency seat was at the time addressing the DLP’s public meeting “One Year Later: Who is Smiling Today” at The St. Michael School on Sunday night.

He said the BLP’s Government 2018 manifesto “Covenant of Hope”, should be today renamed “Economic hope at the expense of ordinary Barbadians”.

“We today are paying more for transportation – whether we own a vehicle or catch bus. We are paying twice as much on our water bills; we are facing layoffs in the public sector; and increased taxes. This is not the Covenant of Hope that was preached to us a year ago, this is economic hope at the expense of ordinary Barbadians”.