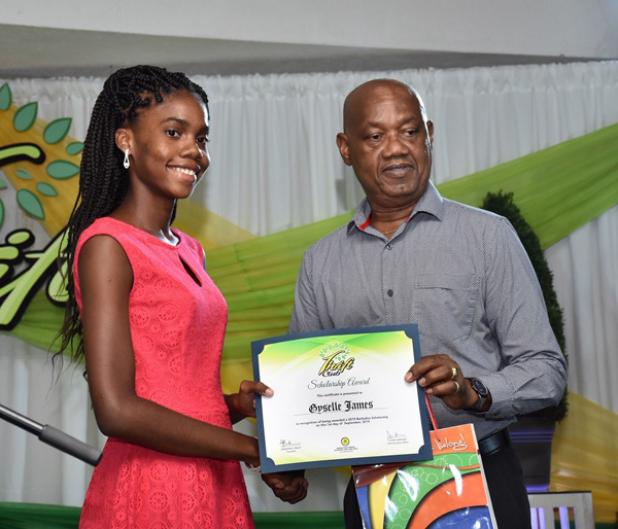 Let your voice be heard

Young members of a local credit union are being encouraged to express themselves and speak out as this will benefit them later in life.

Chief Executive Officer Of Barbados Public Workers’ Cooperative Credit Union Limited, Glyne Harrison made these opening remarks during the Annual Thrift Club Awards Ceremony on Sunday. He added that the young awardees should surround themselves with positive people who believe in them and who believe in their goals and dreams.

Help others
The CEO also urged the young people to use their time, talent and intellect to help others around them. He added that money is important but it is not everything.

“Even if you do not have money, you can still shape the world by way of your positive actions and you must always remember that,” said Harrison.

He also reminded the audience that people will have their own perspectives and they have a right to have their opinions heard. He added that their opinions may be different but being different is okay. Harrison encouraged them to accept different people as well as those in their social groups. The head of the credit union told the awardees that they must be responsible for their actions and the way that they treat life’s issues.

“You control your actions and the way that you react so I ask you to choose wisely and react responsibly because you have to be able to live with the decisions that you make and the consequences that come with those decisions,” said Harrison.

This year, three people were recognised for their achievements in the Barbados Government Scholarship, Chrisanne Alleyne, Gyselle James and Cherish Simmons and six club members received awards for their performances in the Caribbean Advanced Proficiency Examination (CAPE). In Caribbean Secondary Education Certificate examinations (CSEC), eleven students received their certificates while twenty students were acknowledged for their work in the Barbados Secondary Schools’ Entrance Examinations (BSSEE).