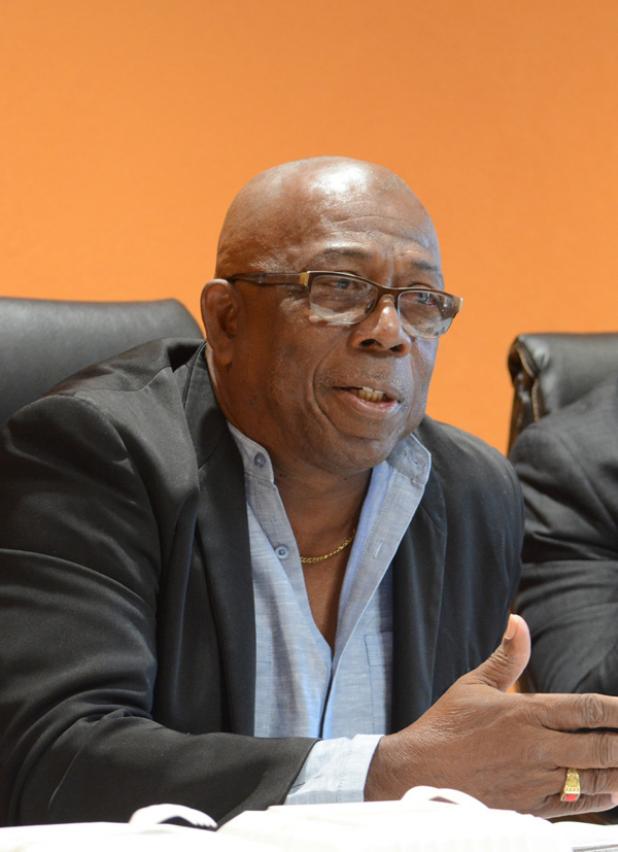 The fire that affected operations at the Sustainable Barbados Recycling Centre (SBRC) and posed a health threat to nearby residents has also reinforced the need for established protocols to deal with such emergency situations.

This is according to Minister of Environment, Trevor Prescod. Speaking to the media on the sidelines of Barbados Ridge to Reef Assembly at United Nations House yesterday morning, Prescod, who is also the Minister of National Beautification, said the fire which started on Tuesday and took a few days to quell has taught them a number of valuable lessons.

He made the point while noting that Government will be meeting soon with officials of SBRC, the Sanitation Service Authority and any other relevant entities to develop those protocols. The Minister anticipates that meeting will take place soon after Prime Minister Mia Amor Mottley returns to the island.

“What we have already agreed to do is have a meeting with a number of relevant partners. We are going to have discussions on some of the challenges that we faced, elements that probably led to the causality and gave rise to what we had to fight with and what we witnessed there, and even personnel issues and the manner in which we managed a crisis of that kind. It is our intention now to have a protocol and the protocol will derive based on the discussions from the various parties,” he said.

Prescod added, “I think on the first day the difficulty is that there was no formal structure in place. Everybody had the nation at heart, but because of the methodology that was applied in that early stage, I think that while we could have probably brought it to an end in two days, we happened to spread it over two to three days. So the protocol would put us in a better position so those challenges would never reoccur.”

Now while there are guidelines, he hinted that they are not widely known and probably now need to be revamped.

He made the point while noting that early it had to be communicated to all involved that in such situations the Chief Fire Officer would be the principal on the scene.

“Life is dynamic, things change as well from time to time, and there is nothing that is fixed and perfect. Every now and then we have amendments to laws, we have amendments to regulations, we even make adjustments to our writing styles in order to become more effective. I’m not saying there are no guidelines existing before, and I hope that that distortion would not be featured, but the reality is that this is life, no man is a God and therefore we have to rely on the limited intelligence and experience which we have in order to formulate guidelines to see how we can go forward in a very positive way,” he said.

Meanwhile, he said in respect of the affected residents, he is pleased with how that matter was handled. According to him, the Ministry of Health and Wellness made arrangements at the Queen Elizabeth Hospital and the polyclinics for persons who were experiencing asthmatic attacks or other problems as a result of the fire, to be seen with immediacy. (JRT)