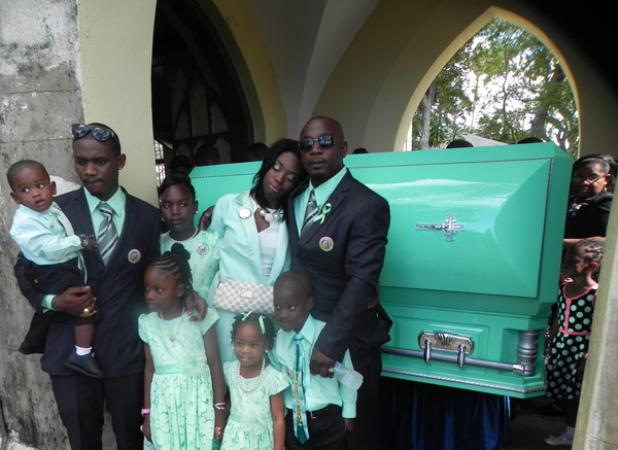 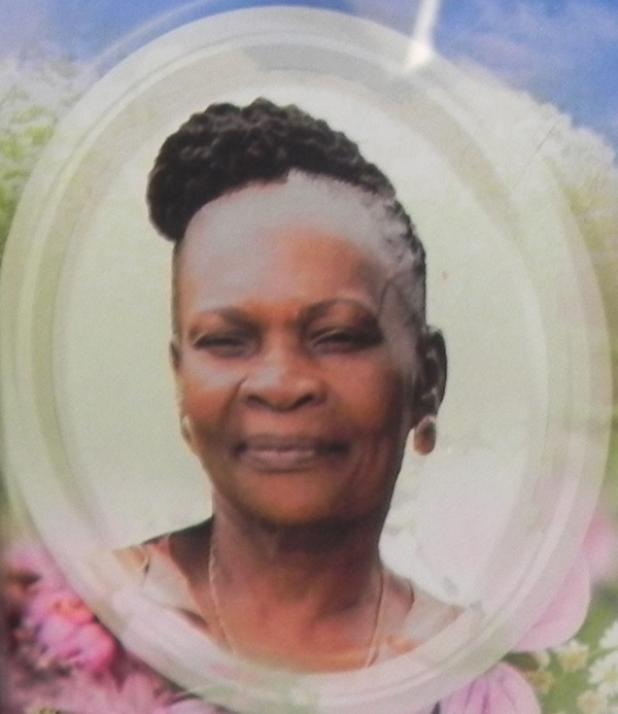 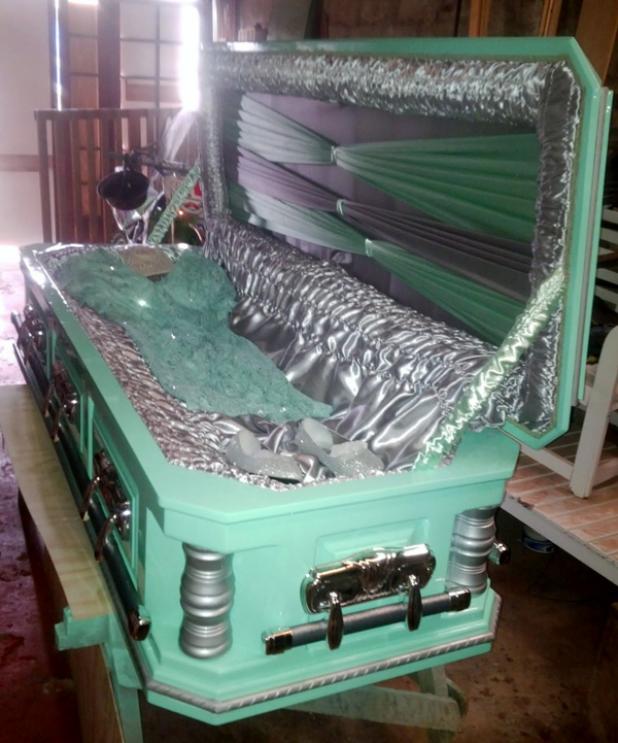 A view of the interior of the casket.

A labour of love for Mom

“Where did he find the strength to do it?”