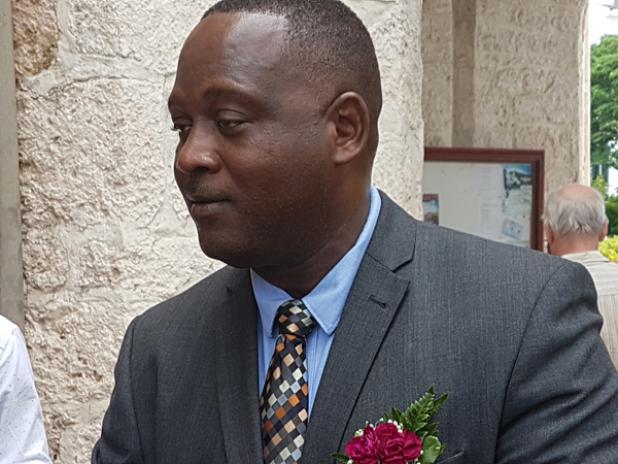 Inniss not prepared to divulge details of disreputable companies

MINISTER of Industry and International Business Donville Inniss is making it abundantly clear that he will not be releasing specific details regarding why his ministry is in the process of revoking the licences of four international business companies.

Speaking to the media on Sunday, at the St. Matthias Anglican Church, Hastings, Christ Church, where International Business Week 2017 was launched, Minister Inniss stated that while the names of the companies will eventually be released, the only information he is prepared to divulge is that the companies were found to be involved in illicit activities.

“I expect this week that the correspondence will be sent to the various parties, but I am not going to issue a press release from my Ministry providing names and details of companies. I shall not do that.

“At the end of the day, these things also give us [Barbados] a bad reputation. The names of the entities will be released in good time. I am not going to get into any public discussion as to exactly what they did. Let me make that abundantly clear,” Inniss said.

Last Friday, as he addressed stakeholders in the sector who attended a corporate trust and service providers seminar, Minister Inniss revealed that the licenses of four companies would be revoked shortly, over allegations of money laundering, corrupt practices and defrauding citizens in foreign jurisdictions.

“It was recently drawn to the ministry’s attention that we were able to identify a few companies that have not been cooperating as they should or have beneficial owners who have been charged and found guilty of some activity which we do not wish to be associated with in Barbados. Therefore, I as minister, shall over the next few days, be revoking the licences of such associated companies,” Inniss revealed as he addressed the stakeholders.

Meanwhile, he stressed that while revoking the licences will not cause any significant loss in revenue for Barbados, the main focus should be on the revenue that the country will not receive, if measures are not taken to protect the country’s reputation.

“If we issue licences to companies, we notify the applicants or their service providers. If we become aware of the companies being engaged in any illicit activities, we are duty bound to undertake thorough investigation and to work with the corporate service provider in Barbados. If we determine that the licence should be revoked, we revoke the licence,” he said. (AH)