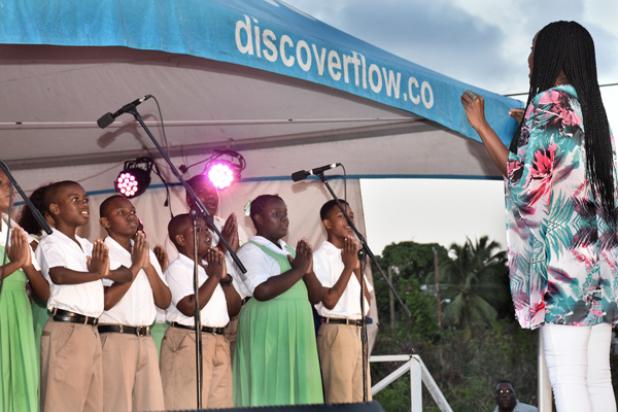 “The name change is not a disrespect to the fishing community. Actually the fisher folk are integral to the festival; their activities are still the most sought after for onlookers and content creator and their activities remain and if anything, have been enhanced by elements such as the audience fish boning competition,” she said.

However, in order for a festival to truly succeed, Thorne believed it needed to be a festival for all, regardless of religious and political affiliation, class, creed and race.

“And that is our vision for Oistins Festival; that is what Oistins Reimagined is,” she said.

“Oistins has to be a festival that includes fish, but is more than just fish. This widens the scope for the involvement of more stakeholders such as sponsors like Chefette and BADMC, but not only sponsors – we found that since we changed the name and really reimagined Oistins, it has worked.

“For the first time, we had the involvement of competitors from two other fishing communities, just today in the net throwing competition. The Muslim community was well represented last night at our mobile cinema and right across from here in the kids zone, young Amara is pushing her henna business.”

She added that they had two committee members from the UK join them after a successful Heritage Walk and mobile cinema, which she described as cultural immersion at its best.

Thorne explained that this year, zones were instituted so that persons would view Oistins in a different way. She revealed that they also added new events, and new marketing techniques with their social media reality series.

She went on to state that for the first time, Barbados had a truly youth-led festival. She saw youth involvement as important, as youth cannot be treated as tokens. Thorne proudly noted that this year, they were given the opportunity to lead and contribute in a real and authentic way, which was something she always wanted to be a part of.