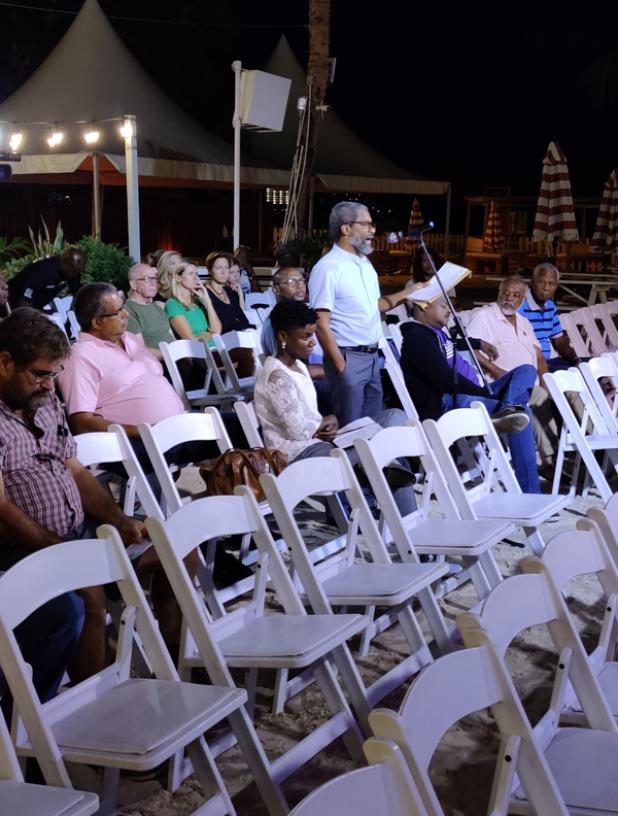 Concerned citizen, Peter Thompson, addressed the Hyatt Ziva panel at the
town hall meeting, speaking of the pain he feels after public concerns were
disrespected. 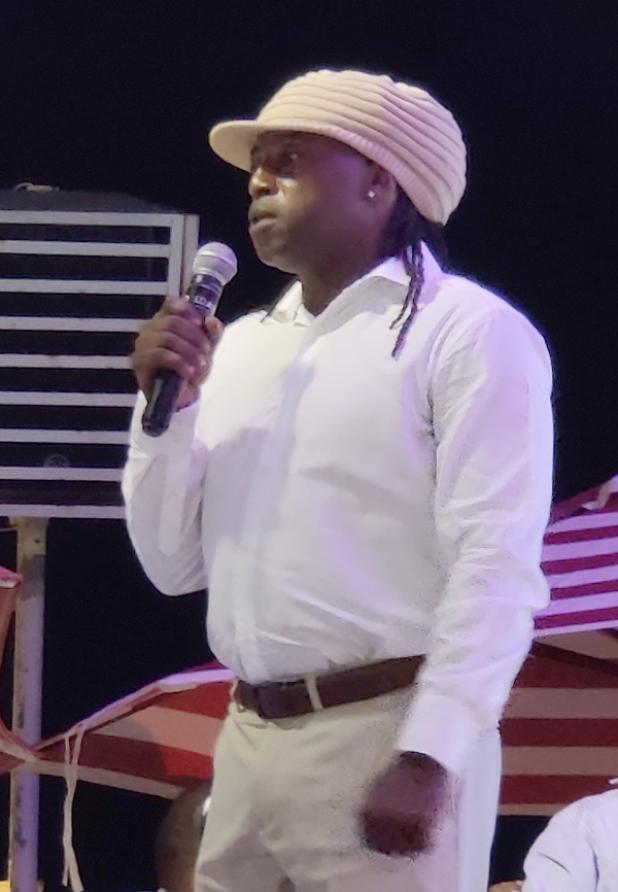 THE proposed Hyatt Ziva hotel on Bay Street has received many criticisms, but Peter Thompson believes that the developers and consultants have disrespected the public by the way they have treated their concerns.

Describing the proposed hotel development on Carlisle Bay as painful, Thompson, a member of the public in attendance at the town hall meeting for the Hyatt Ziva project last Thursday at the Copacabana, stood and addressed the panel of developers, architects and consultants, reading his concerns to the applause of those seated around him.

“It is painful because of the complete disrespect with which you treated and are treating all attempts by the Barbadian community to influence this development in the public interest,” he explained.

Thompson claimed that after the public complained about the hotel design being too tall, too dense, built on too small of a footprint and a threat to the UNESCO World Heritage site of Bridgetown, the response was disrespectful.

“You changed from a Hyatt Centric brand to a Hyatt Ziva brand, increased the scale of the development by 93 per cent to 380 rooms and 40 condominiums, thereby spitting in the face of our concerns about the density of development.”

The biggest insult however, according to the concerned citizen, was that the Hyatt Centric brand would have created jobs at the hotel and surrounding areas through new restaurants and other guest services, while the Hyatt Ziva brand was all-inclusive.

“This development plan is optimised only for the companies who are selling concrete and pouring it. It is a remarkably selfish plan, which exploits our common national resource of one of the best beaches in Barbados for short-term gain of maximum construction profits for your companies.”

Community advisor, Paul Reynolds, responded later in the meeting, defending the developers. Reynolds would have been seated among the public at the last town hall meeting held in November, but was hired by the developers to connect the project to the community. Speaking to those present, Reynolds asked that his fellow Barbadians support the project.

“I want us to desist from throwing spears because we need to work together to move Barbados forward. My observations are that the developers are ones that are always willing to listen and take advice. They are the kind of people that look forward to a symbiotic relationship in terms of what we are doing and what the community would expect.”

Reynolds stated that he believed that Barbados has fallen behind in attracting tourists to the island and the Hyatt Ziva project would strengthen the tourism product and “up the game” for the island. (AS)