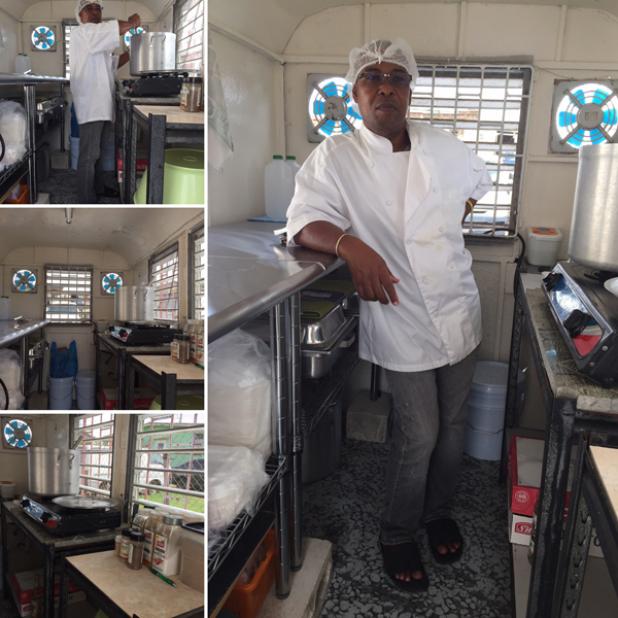 When entrepreneur Wayne Ifill says the sweetness is in the sauce there is no innuendo.

When entrepreneur Wayne Ifill says the sweetness is in the sauce there is no innuendo. He means it literally, as he talks about his Auntie Phyllis Bajan BBQ Sauce.

His flavourful barbeque sauces are well-loved by many Barbadians who patronise the company.

Ifill, who paused from his busy schedule recently to have a chat with Homemakers, said he started Auntie Phyllis Bajan BBQ Sauce officially in 2019. However, he begun making barbeque sauce about 10 years ago.

“I always liked cooking and I used to do barbeque on Fridays and Saturdays. So I used go and buy sauce from the supermarket off the shelves but the thing is that every time you come back home you have to add something to the sauce to make it work because it is just bland.”

So one day he decided to save his coins and create his own recipe.

“I found that after doing the recipe people were saying: ‘This sauce taste good. I like it.’ And then I had the canteen out in Flagstaff and I used to do the same barbeque chicken, pigtails and everything and the young ladies who used to run it would always tell me that people ask, ‘Who makes the sauce?’…So I said I have been making this sauce for such a long time it might be a good idea now to actually put it into a process where I can sell the sauce.”

Ifill started out with the Original flavour and has since branched out to have three additional options for customers – Pineapple Saga, The Rum Fusion and the Mega Burn. The latter sauce depending on how much heat a person loves can be obtained in Sweet Heat or Ultimate Heat.

For this St. George resident and business owner, like the unique taste of his barbeque sauce, the name of his company is also unique as it pays homage to his mother who taught him everything he knows about cooking food.

“It started from a simple little thing like cooking macaroni and she would always tell me food is good, but it should always have flavour. Over the years, my mom taught me how to get into well-seasoned meats, that type of thing. Then she died in 2013 and I just thought it was a way that I can honour the fact that although she has passed her name can live on, so that is how I came up with Auntie Phyllis.”

Though only in business for one year, Ifill has sought to not only showcase his company via social media platforms such as Facebook and Instagram but he has also participated in events like business fairs within the parish and Agrofest 2020.

For him, business has been “relatively good because sales are constant but it not yet where I would like it to be because manufacturing is not easy as I am now learning for a number of reasons.”

He further said that COVID-19 also had a major impact on the company and “it really made sales difficult.”

Despite this, Ifill has been pressing ahead. In five years’ time, he hopes to have his product on several supermarket shelves not only locally but in markets regionally and internationally.

“I would like to see my product in places like Canada, the UK and if possibly, the United States where I can then fight with the fellas that feel they are the only ones who know how to make barbeque sauce, because that is where we get them from, we import and as I said theirs are bland; but my mine has a lot of flavour and that is the thing about Caribbean people, we like flavour and my sauce offers that.”