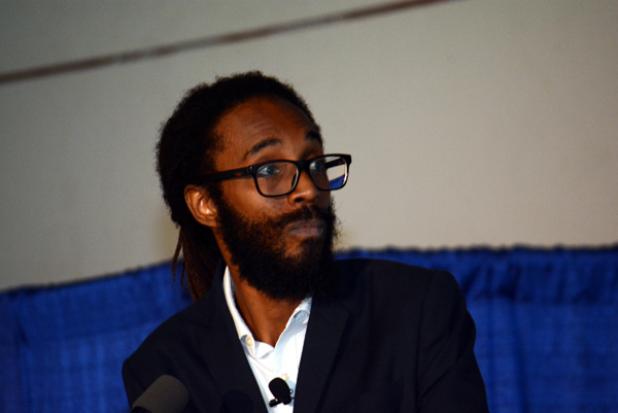 BARBADOS has one of the highest consumption rates per capita of cannabis in the region.

This was stated on Wednesday by Dr. Machel Emanuel of the University of the West Indies, Mona, Jamaica, who at the same time called for an integrated approach by Caribbean governments to develop a cannabis industry for medical usage.

Speaking at the Barbados Chamber of Commerce and Industry’s Annual General Meeting Luncheon, Dr. Emanuel said that consumption in Barbados translates to a very high value, “meaning that cannabis fetches the highest price in this country”, and higher than prices globally.
According to him, Barbados is unique because of the cross linkages that can be made between various sectors, ranging from agriculture to health, wellness tourism and pharmaceuticals.

As such, Dr. Emanuel believes that this country can get the true potential from cannabis, and must ensure that sustainability can be maximised from cannabis as a commodity.

The UWI lecturer noted that cannabis is the most traded agricultural commodity in its raw state the region.

He highlighted that several countries in the Caribbean have amended heir laws to facilitate medical cannabis. Jamaica was the first followed by Belize, Antigua and Barbuda, St. Vincent and the Grenadines and more recently, St. Kitts and Nevis.

He stated that there needs to be an integrated approach to developing the cannabis economy by setting the policy and legal framework by looking at the historical and cultural experiences, business and marketing, and other approaches to the issues.

He recalled that data have shown that economic growth in the Caribbean was forecast to reach 0.9 per cent in 2017, two per cent last year and it is projected to reach 2.9 per cent this year.

He added, agriculture is still one of the main contribution to GDP and that within the new Caribbean region we have strengths and weaknesses.
(JB)