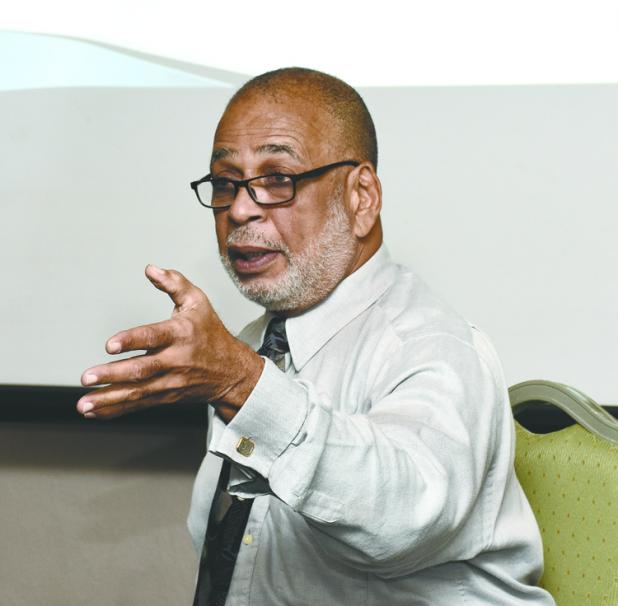 Credit Reporting legislation similar to what has been passed in some neighbouring islands is in the pipeline for Barbados.

Under the Harmonised Bill, Commercial Banks, Credit Unions, Insurance Companies and Money Service business, have been designated as Credit Information Providers (CIP) and mandated to report information to the credit bureau.

Chief Executive Officer (CEO) of the Caribbean Credit Bureau Ltd. (CCBL), Grady Clarke is therefore adamant that it is extremely important to educate stakeholders on the impact of this legislation, and to start preparation to comply.

Aimed at revealing what he describes as “the good, the best and the ugly”, the CCBL, which was established in Barbados in 1993 as the Caribbean’s first regionally owned credit bureau providing services in credit management while being an advocate for the spread of financial literacy and debt recovery, hosted a seminar on ‘Preparation Before Legislation’ at the Accra Beach Hotel & Spa, yesterday.

“Legislation has been passed in neighbouring islands affecting credit reporting – the industry that we are a part of. And as a result, we thought it would be best for us to advise people on the good, the bad and the ugly of neighbouring legislation that is likely to also to find its way in regulating us here in Barbados in some form or fashion,” he told members of the media.

“We believe that it is best to voluntarily adopt best practices from abroad, as opposed to have been forced onto by heavy handed legislation. Therefore, this session is basically to help people understand what is going on in the region as it pertains to credit reporting.

Then to learn and apply the good things and incorporate those into our practices and to be forewarned – to know some of those things that were not done as well in neighbouring islands and then to do a better job here in Barbados, so that we work together to make Barbados a better place to do business.”

Stressing the importance of public awareness, Clarke observed that in some islands, public awareness of legislation that affects a broad section of society, was simply not done.

“So, where the sector has not been probably consulted in neighbouring islands, we have gone and done the stakeholder consultation to make them aware. But, in the process we have also learned a lot and therefore we are more aware of the implications and who it is affecting,” it was further explained.

“The organisation is defined and has been designated under section 27 of the Eastern Caribbean Currency Union (ECCU) Treasury Reporting Act as ‘credit information providers’, which means that credit unions mandated to report a whole bunch of information and that is now going to be regulated by the Central Bank, rather than the Financial Services Commissions in the regional islands that currently regulate them,” Clarke explained.

“So, a lot of things that were done in the other islands are not necessarily what I think is best for the sector and since I am proud credit union member, I intend to use my voice and knowledge of legislation to represent the interest of the membership, not only in Barbados but the wider Caribbean.”

“The international banks are well prepared to take advantage of the legislation and have huge economies of scale that our indigenously owned financial institutions do not have and this is extremely concerning. So, if the credit union sector does not pay attention to these issues and speak up then we are to blame if the sector finds itself in problems,” Clarke said. (TL)