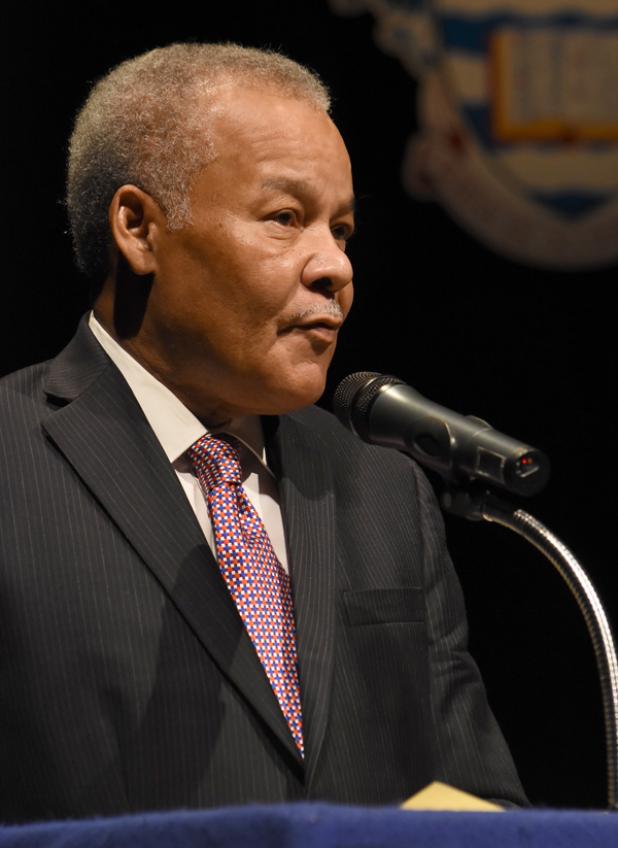 Former Prime Minister, the Right Honorable Professor Owen Arthur, has died at the age of 70.

BARBADOS has lost one of its most acknowledged and respected economic and political forces.

The death of former Prime Minister, the Right Honourable Professor Owen Arthur early yesterday morning, has provided a shock to the system of this country which is still dealing with the ongoing fall-out from COVID-19 and the prevailing economic conditions. These have the potential to retard any real economic growth, which is needed to move this country out of the economic doldrums.

A voice with the dual economic and political gravitas of Owen Arthur would have been critical to that effort to rescue and reposition this country to access the benefits of the post-COVID-19 realities, but that voice has been silenced, many would say way too soon.

Born October 17, 1949, to parents Frank and Iretha Arthur, he was educated at the Coleridge and Parry Boys’ School, before attending Harrison College and then the University of the West Indies – Cave Hill. It was at the latter that he earned a degree – B.A. in Economics and History in 1971 and a MSc in Economics in 1974. He then continued his work in Economics with his work with the Jamaican National Planning Agency and the Jamaica Bauxite Institute, after which he returned to Barbados to take up a posting within the Ministry of Finance and Planning in 1981.

Arthur’s first sojourn into active politics took place in 1983 when he was appointed to the Senate in 1983, then won the St. Peter By-election of 1984. He would continue his rapid rise within the BLP and would be chosen as Opposition Leader in 1993 and successfully brought a no-confidence motion against the Lloyd Erskine Sandiford administration in 1994. He would lead the Barbados Labour Party (BLP) to Government and start a period of electoral dominance which saw the BLP winning three successive elections, especially in 1999, when the party won 26 of the available 28 seats.

Therefore, Arthur would establish himself as one of the region’s most astute political forces, presiding over a period of economic growth and development, where the government invested in industries and formulated growth policies which helped the private sector to reach its highest potential.

The push towards Barbados attracting more foreign direct investment was critical at this time. Tourism investment grew during his years as Prime Minister and the International Business sector blossomed as well.

Arthur remained a potent force even after the BLP lost the 2008 General Elections. He gave up the leadership of the BLP and was replaced by Mia Amor Mottley and returned to the helm in October 2010, after Mottley was removed as leader. He led the party into the 2013 elections, which the party narrowly lost to the Democratic Labour Party under then Prime Minister Freundel Stuart.

Also, one of the highlights of Arthur’s performances were his verbal battles within political debates in the House of Assembly. Known for his grasp of economic data and the ability for showmanship and the quick turns of phrases, he had a series of sparring matches with David Thompson, then Freundel Stuart, Clyde Mascoll and of most recent vintage former Minister of Finance, Christopher Sinckler.

One such series of battles took place in the period between 2006 and 2008. The normal fiesty closing speech of the Budget debate by Prime Minister and Minister of Finance, the Right Honourable Owen Arthur, became legendary because of the political jousting that he faced from Thompson. The normal procedure of those speeches was the stuff of legends and then Prime Minister was often seen showing his political power, while many sat quietly within the House and in earshot and took the verbal punches. Somehow in April 2007, the tide turned. As Prime Minister Arthur rose to his feet to begin his reply, something seemed different. With a puff of his chest, Arthur launched full steam ahead into his attack on the Opposition and of course Thompson, who just had a pronounced smirk on his face.

There was an energy in the House. Something was said and Thompson rose on a point of order to refute the charge. This, in itself was strange, but Arthur continued, and again Thompson rose on a point of order. This continued for a short period until a charge was made about a cheque, which changed the tone in the debate.  Arthur denied, but Thompson pressed on manfully. Prime Minister Arthur relented and wrapped up debate, way short of his usual efforts. It was a classic display of political cat and mouse. The once seemingly invincible leader was wounded politically.

Like any great man, he got back up, kept fighting and remained a dangerous foe throughout the tenure of the DLP Government, which governed from 2008 to 2018.

Arthur’s story is much more dynamic than can be captured in one story, with decades of contributions to the development of this country.

He is survived by his wife Julie and two daughters – Sabrina and Leah. His hobbies included gardening and cooking.