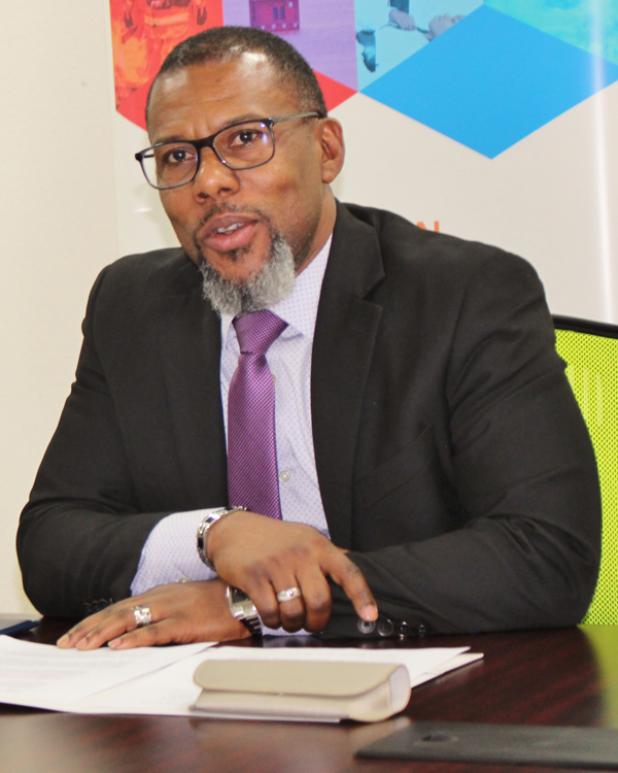 Following seven years of unwavering and exemplary service to the region, former Executive Director of the Caribbean Disaster Emergency Management Agency (CDEMA), Ronald Jackson, had his time in the spotlight as he was recognised for his outstanding service yesterday.

Jackson has been appointed to head the United Nations Disaster Risk Reduction and Recovery for Building Resilience Team in Geneva, and heads of regional bodies with which he worked as well as other well-wishers came together online to bid him a fond farewell.

An appreciation ceremony was held in Jackson’s honour by the Chair of the Council of Ministers of CDEMA, the Honourable Ralph Higgs, via a Zoom meeting, and remarks were delivered by CARICOM Secretary-General, Ambassador Irwin La Rocque; Daniela Tramacere, EU Ambassador to Barbados, the Eastern Caribbean States, OECS and CARICOM/ CARIFORUM; and Acting Executive Director of CDEMA, Elizabeth Riley.

“It was my absolute pleasure over the last seven years to work with Ronald in a partnership, managing disaster and building resilience in the Caribbean community. The dedication, commitment and professionalism with which he has served the region has earned him great respect and has significantly lifted the profile of the Caribbean Disaster Emergency Management Agency.

As Executive Director, Ronald has provided outstanding leadership to the agency as he went about his task of assisting member states in the most difficult circumstances,” CARICOM Secretary-General, Ambassador Irwin LaRocque remarked.

“This is indeed a bittersweet moment for the entire CDEMA family and in fact, for all of us who know and have engaged with Ron at some point during his service to the region. I want to recognise Ron’s contribution to the CDEMA system and by extension to the Caribbean community,” Riley commented.

It has meanwhile been noted that Mr. Jackson has provided sterling leadership of the regional co-ordination effort and responses to Dominica, St. Lucia and St. Vincent after the Christmas Trough in 2013, the Tropical Storm Erika in Dominica in 2015, Hurricanes Irma and Maria which impacted nine of the CDEMA Participating States in 2017, Hurricane Dorian in the Commonwealth of The Bahamas in 2019 and in the current COVID-19 pandemic, which is now affecting the region.

Expressing his gratitude to all those wishing him well in the next chapter of his life, Mr. Jackson remarked, “I am truly honoured. I am touched, I feel blessed, even as I listened to the words of gratitude. I wish to express my gratitude to all of you, for the contribution that you have made to my own personal and professional journey and the success that I and my team achieved over my seven-year period.”

“As I look to my next journey, I will miss all of you. I will miss the personal and professional engagements, but will keep them close in my heart and mind, because I truly valued them. They have shaped my journey and will help me in my next steps as I go forward,” he told those gathered online.