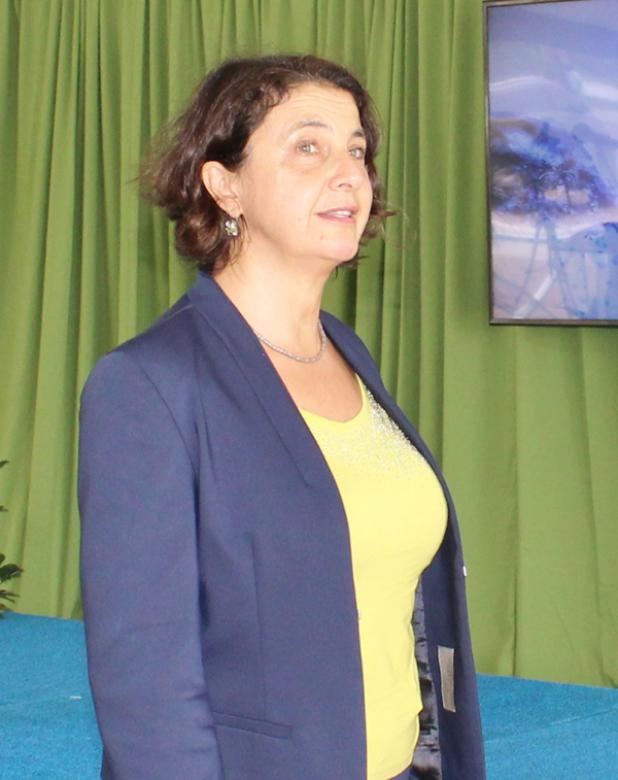 Ambassador Daniela Tramacere, Head of the EU Delegation to Barbados, the Eastern Caribbean States, the OECS and CARICOM/CARIFORUM.

European Union seeking to improve on its financing conditions

The European Union has a vision to provide grants and loans together
in a financing package  so that it can improve the financing
conditions that it offers its partner countries.

Ambassador Daniela Tramacere, Head of the EU Delegation to Barbados,
the Eastern Caribbean States, the OECS and CARICOM/CARIFORUM noted the
above as she spoke recently during the launch of the Barbados Water
Supply Infrastructure Rehabilitation Project by the Barbados Water
Authority. The project is being financed by the European Investment
Bank and CAF –  the Development Bank of Latin America.

“Barbados is a high income country, but that is of no relevance for
the European Union’s eligibility criteria for concessional financing.
I am very happy to announce that thanks to a three million Barbados
dollar grant, that we have been able to offer concessional financing
to the Government of Barbados for this critical sector. We are also
proud to be able to share our expertise for such a critical sector,
for the benefit of the people of Barbados,” the Ambassador commented.

“The European Investment Bank is able to offer such concessional
financing for any project  that is related to climate action, be that
in the renewable energy space or improving resilience to climate
change,” she added.

Ambassador Tramacere further revealed that the EU has placed the
equivalent of 90 million Barbados dollars into the Caribbean
Catastrophe Risk Insurance Facility, to facilitate pay-outs to
countries in the event of extreme weather events such as hurricanes,
earthquakes and flooding.

“With the current COVID crisis, we specifically used the equivalent of
twenty-two million Barbados dollars, to reduce the premiums that
governments need to pay to the facility. Thus, these savings can be
made available to boost social programmes in all the countries
concerned, including Barbados.

“Indeed, the EU supports the countries in the region and Barbados, in
many, many sectors. From trade to human rights, to justice and
security, to climate change resilience and private sector development.
Not forgetting, of course, renewable energy and the green energy
transformation which Barbados is pioneering. For instance, we are
providing 125 million Barbados dollars of support for green energy for
the Eastern Caribbean. We work with partners such as the World Bank
UNDP and the Caribbean Development Bank.

“In total, the European Union has provided 4.5 billion Barbados
dollars to the region in the last five years. All of this is grant
money to make life better for the citizens of the region” Tramacere
said. (RSM)