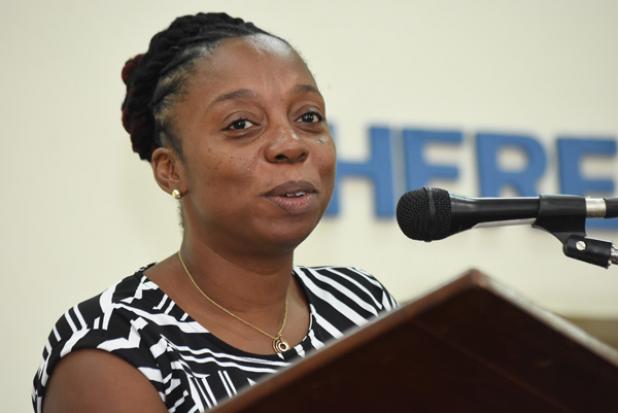 HEAD of the island’s largest trade union has raised concern about the impact that domestic abuse is having on the work environment in this country, and is suggesting academia should take the lead in conducting studies to examine the full effect.

General Secretary of the Barbados Workers’ Union (BWU), Toni Moore, said while persons traditionally think of domestic violence as an “issue contained within the home”, this societal scourge is one that can often creep into the workplace, negatively affecting workplace relationships, as well as productivity.

“Maybe it needs to be a structured study to see how domestic abuse is impacting our workforce; perhaps too how it has been impacting how children relate when they go to school, and how that may even trigger certain responses from them towards their teachers, towards their peers.

“So all these things tend to have a domino effect, and I think the Union as a community organisation, we are poised to not necessarily take ownership, but trigger these issues as important issues for all the partners to give attention to,” she indicated.

Effects on the workplace
Moore’s comments came in an interview with the media yesterday morning, following the opening of the Union’s Youth Congress at Solidarity House, as she noted that the effect domestic abuse has on the work environment is not unique to Barbados. In fact, she said there are unions in Canada and Australia, for example, which are getting paid leave in collective agreements for people who suffer from domestic abuse. The union boss said that in addition to negatively affecting productivity, such abuse can be one of the causes of absenteeism, and also result in the abused person being disciplined, possibly even being terminated, if they are not performing at their optimum level.

“The other thing is if you have an abusive partner, even if you leave the house and you go and hide out at friends, that person knows where you work, so if they can’t get you one way, they follow you then into your workplace.

“Not even always physically, but sometimes calling, cursing, threatening and so on. So what as unions we have to do is not only deal with the bread and butter issues, but our mandate is to expose issues and relate issues and to connect to the employers and so on,” the General Secretary asserted. (JRT)