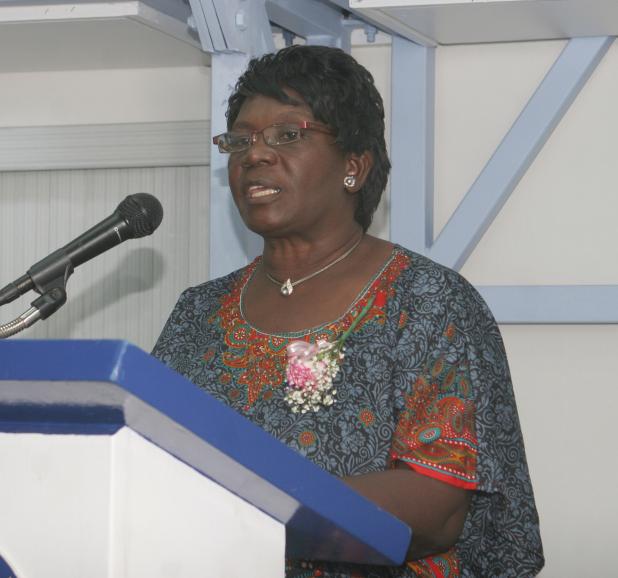 A documentary honouring the contributions that nurses have made to the health care sector in Barbados is in the making.

This was revealed by Honorary Member and Past President of the Barbados Nurses’ Association (BNA), Dr. Marion Howard, who spoke with The Barbados Advocate after the 20th Eunice Gibson Memorial Lecture recently, at the L. V. Harcourt Lewis Training Centre of the Barbados Public Workers Co-operative Credit Union Limited.

“This documentary is in recognition of the significant work that nurses played. We are in health promotion, we are in preventative care, curative care... every aspect of health care nurses are involved in, and we come on the scene and we make our contribution, and we just retire or die or go away and nobody remembers us.”

In addition to recognising the nurses for the contribution that they have made to health care, the documentary is also meant to recognise those more mature nurses would have guided the younger nurses in their formative years on the job. Hence the name for the documentary, ‘No Nurse Must Ever Be Forgotten.’

“Over the period of time, those nurses that take your hand and literally see to it that you get to learn how to practice your skills and share their knowledge with you... and I think that for that they should be recognised, and for all of the other things that they contribute to nursing. It would go from the 1930’s (because) that is when the General Nursing Council was formed, and persons were registered to practice. So there is a register of nurses going back from the 1930’s – 1932.”

She said that she would be leading the initiative, but all of the nurses would be making a contribution towards the documentary.

“So I am turning the tables and saying that no nurse is ever forgotten. So by chronicling the names and the contributions of nurses, then once and for all, for all time, that nurses’ contributions are remembered, and I was asking nurses who would have benefited in some significant measure from a nurse that they can share that with me, so that we can also recognise them.”

Research would be done through interviews with other nurses, reviewing old newspaper articles and other methods, and therefore, she has appealed to other nurses to contact her and indicate how they can assist with this worthwhile venture, continued the former BNA President.

“Any help that you can give, any little messages, any health little reminders of those who may have died, whether they were family members or otherwise, I would be happy for any input”.

Dr. Howard added that the time period that she is working on is a long time, and she has just returned to this island. Therefore, she has not yet worked out the finer details, such as the release date, whether the documentary would be done in one episode or a series, and whether it would be telecast on the Caribbean Broadcasting Corporation (CBC) or it would be placed on DVDs and sold to interested parties.