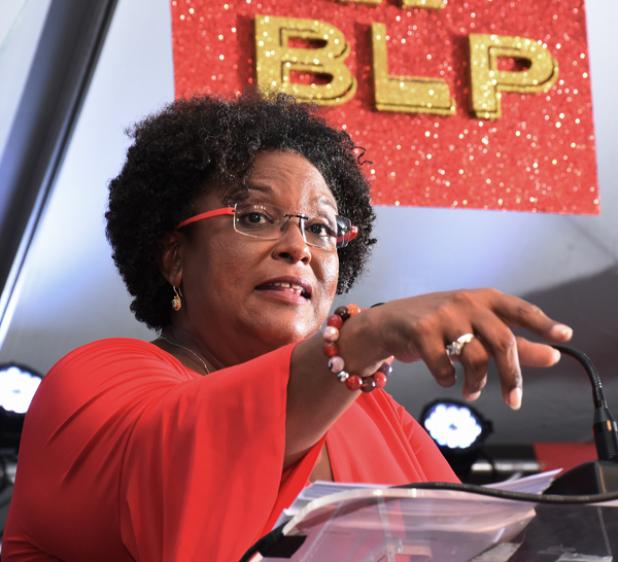 Declaration of Assets under a BLP Government

THE Barbados Labour Party (BLP) is serious about stamping out corruption on the island.

This is according to Opposition Leader Mia Mottley as she outlined plans for Barbados if the BLP is elected to take over the reins of government after the next General Election.

Delivering the featured address at the BLP’s 79th annual conference at Queen’s Park on Saturday evening, Mottley said, “ Declaration of Assets will be a requirement for all who want to serve in the Cabinet of Barbados. Not one, not any, from myself back down must serve in the trust of the people of this country without making a confidential declaration to an appropriate entity – in short – there will be zero tolerance of corruption in Barbados under the next BLP.”

“We have already looked at what new basic norms of good ministerial [government] must look like and we are not prepared for them to be undermined by anybody at all. There will be a tough stance on
corruption.”

Mottley expressed concern that the Prevention of Corruption Act has not yet been proclaimed in Barbados even though it has already passed through the two houses of Parliament.

Mottley revealed that a team of BLP lawyers and lawyers of “independent conscience”, have over the last four weeks spent their time drafting a new Integrity Commission Bill for Barbados.

“This Bill will be put on the website and Facebook page next week. So careful are they that they have asked for three or four more days.”

“We want the people of Barbados to write us on an email at acleanbarbados@blp.org.bb and share your opinions because you will soon understand when I say that this will be among the first pieces
of legislation on a BLP government. We mean it and we shall do it!”

She said the BLP will be tapping into the experience of BLP stalwart and former Chief Justice of Barbados, Sir David Simmons, who is the chairman of the Integrity Commission in the Turks and Caicos Islands and has offered his assistance for free.

Mottley also revealed that the BLP will work towards a Commercial Court, adding that the Criminal Justice System as a whole is of great concern. “The time has come for us to legislate in this county the cases that are serious cases – murder, rape, burglary, robbery, kidnapping; they must all start within six months of a person being charged in Barbados.”

The BLP Leader also stressed the need to have a 21st century Police Force. “If their is one thing keeping Bajans up at night, it is the fear of the crime that is breaking out in this society. We are committed to making sure you are safe in Barbados,” Mottley assured. (JH)