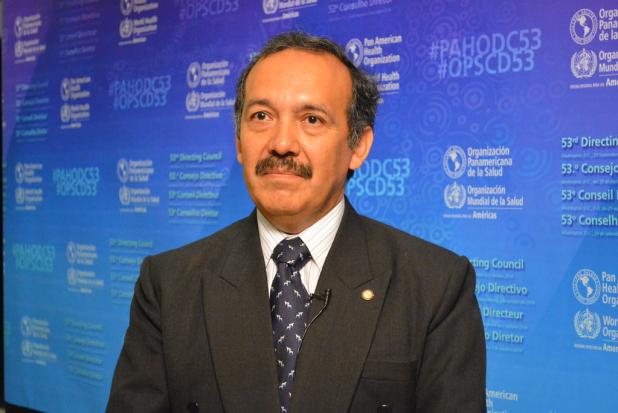 Due to the exponential increase of COVID-19 cases worldwide, there has been a shortage in testing kits as well as accessibility problems for the region.

“The tests are insufficient worldwide. Currently it is the rapid tests that are being distributed and in some countries these tests have a different accuracy level and used as a triage. In other words they are using the rapid tests, recognising that they have a limited percentage effectiveness in terms of finding all positive cases but mainly to recognise the negative cases.”

Ugarte admitted that PAHO had encountered challenges relating to testing kits in the region but highlighted that kits had been distributed.

“We have had some challenges. PAHO sent its countries approximately 200 000 tests and they were distributed, particularly to those who cannot purchase or obtain those tests directly.” Dr. Sylvain Aldighieri Deputy Director of Emergency Management, PAHO and Incident Manager for the COVID-19 pandemic, stated that the organisation had been training and equipping the member countries over the last two months.

Barbados received the training in the use of the testing kits in February, courtesy of Virologist, Dr. Lionel Gresh. PAHO continues to work with the member states to ensure that kits are supplied as cases rise with the plan of providing an additional 900 000 tests.

Dr. Ugarte stated that many of the member countries had the ability to test and were providing information through national focal points and situational reports. When questioned about whether the airlines were cooperating in providing information to aid in contact tracing, Dr. Aldighieri responded that the airline and other transports had
provided manifestos. The incident manager also pointed out that the carriers had implemented tracing processes similar to those already in place by PAHO and the region. (AS)