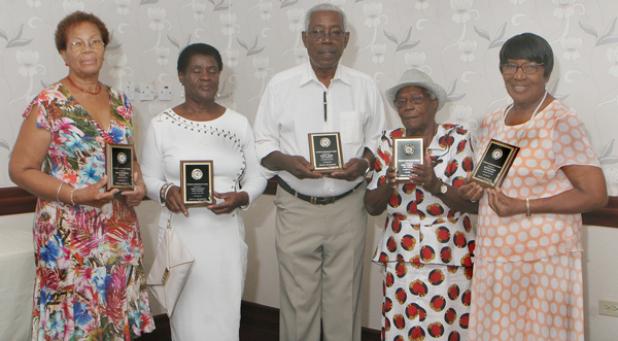 (From left) President of the St. Matthew’s Old Scholars and Friends Association, Monica Hendricks, along with Past Presidents Angela Beckles, Othniel Moore, Hazel Roissetter and Betty Haynes, with their awards. 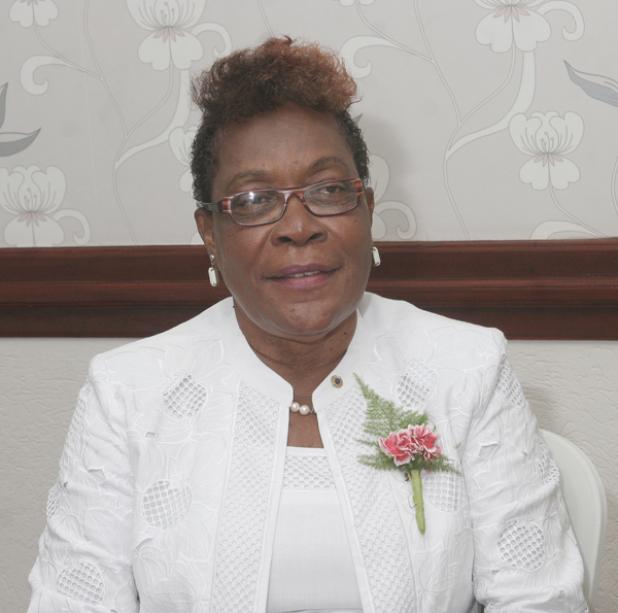 WHILE the importance of volunteerism is being realised across various sections of this society, including the workplace, there is a suggestion that there is still some way to go.

Business Consultant and Immediate-Past Zone Chairman of the Lions Clubs of Barbados, Leroi Hinds, made the observation while speaking on the topic of volunteerism, as she delivered the feature address at the St. Matthew’s Old Scholars and Friends Association’s 15th Anniversary Awards Luncheon at the Accra Beach Hotel and Spa on Sunday afternoon.

She contended that there is nothing more fulfilling than realising how much of an impact you can make on a community and on persons’ lives, by generously giving of one’s time. In addition to helping others, she said community service provides the volunteer with valuable life lessons.

“Volunteerism is not only the backbone of civil society organisation and social and political movements, but also of many health, education, housing and environmental movements and programmes and a range of other civil society, public and private section programmes world-wide. Therefore, we can safely say it is an integral part of every society,” she said.

Hinds said that while the concept of community service is ancient, it is only in recent times that employers have put more focus on this concept when hiring new staff. With that in mind, she said it is imperative that these individuals do not join these service clubs for the wrong reason, and in fact take the commitment they have made to the organisations they are associated with seriously.

“I found it very instructive that companies are now asking persons at interviews if they are a member of a service organisation, and the extent of community work done in the last five years. Those questions would not have been on the lips of recruiters in the last 10 years. However, persons are taking advantage of it by joining a group, getting the financial advantage, because some companies we know pay dues for members, and they’re doing absolutely nothing,” she said.

Hinds added, “Some join mainly to be seen at functions wearing the uniform and contribute nothing, not even an idea. Some bring a pet bottle to the fundraiser, and if it is not used, take it back home. And of course the foil wrapping before the fundraiser is complete, when goods can be sold at a lower rate to bring in some much needed income.”

The Business Consultant indicated that in addition to business owners looking at potential employees’ community service records, some members of the private sector have also been doing their part to assist communities and have received high marks. On the other hand, she suggested there are others who can do more. (JRT)