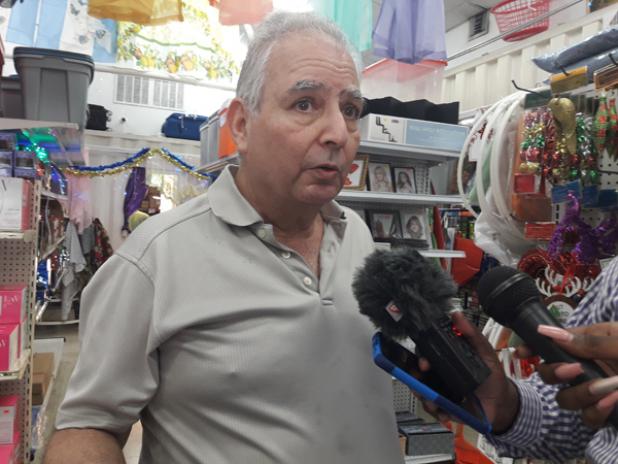 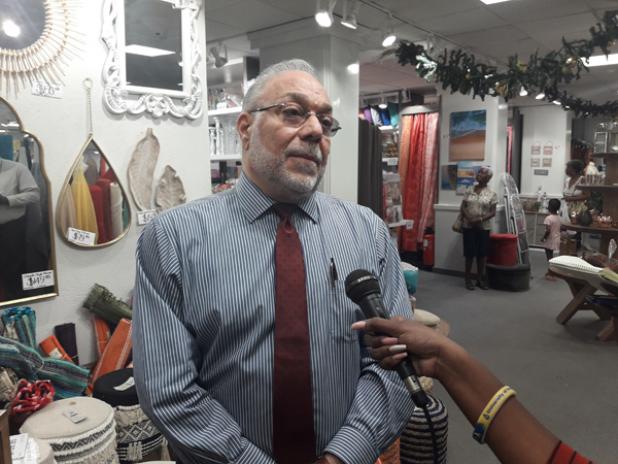 Business owners are crying out that the City is dying.

“Unless we do something it’s not going to improve in any hurry,” Robert Mansour, Chief Executive Officer (CEO) of House of Deals stressed.

He was one of the store owners who opened up to reporters on tour with Minister of Labour and Social Partnership Relations, Colin Jordan, to businesses in Tudor Street and Swan Street last Friday.

“There is a lot that is needed to be done for the City. The City is dying right now; business is really bad throughout the whole City. Most of the government offices have already left town. The people who would normally shop in stores like mine are no longer in the city,” Mansour lamented.

In fact, he said that in a bid to capture customers, businesses have been relocating.

“We also had to follow customers outside the city. We opened a second store in Hastings.”

Mansour is also adamant that parking is a major challenge which must be addressed. He said that limited parking is a deterrent to shoppers.

“Shopping out of town is very convenient – you can park your car easily, get what you want and then leave. But when people come to town they find themselves breaking the law by double parking and parking in other areas which they shouldn’t and as a result are penalised for it,” he said, suggesting that parking meters be considered.

The House of Deals owner is also of the view that a good plan is needed to revive Bridgetown. He recalled that there have been plans over the last 25 years, “to do this and that but nothing really materialises”.

“As more and more government offices leave the City, more and more people don’t shop in the City and convenience is important….Bridgetown has the best prices on the island but that is not enough to bring people to the inconvenience of having to find a place to park.

“Hopefully, this government will be able to come together with the business community and make a plan that can serve not only business in Bridgetown, but across the island,” Mansour said.

Managing Director of Abed’s, Eddy Abed, concurred with Mansour, stressing, “Bridgetown was served a very terrible blow from early 2011 when most of the government offices were taken out of Bridgetown and moved to the Warrens area in particular. That took close to 2 500 employees out of the City. Those were 2 500 people that would consume daily in Bridgetown.

“Equally, we now have a situation at the Port where everybody who comes in on a cruise ship gets in a large tour bus, goes on a tour and then back to the Port. So we can go
through 800 000 tourists in cruise passengers and Bridgetown literally would not even see five per cent of that,” he stated.