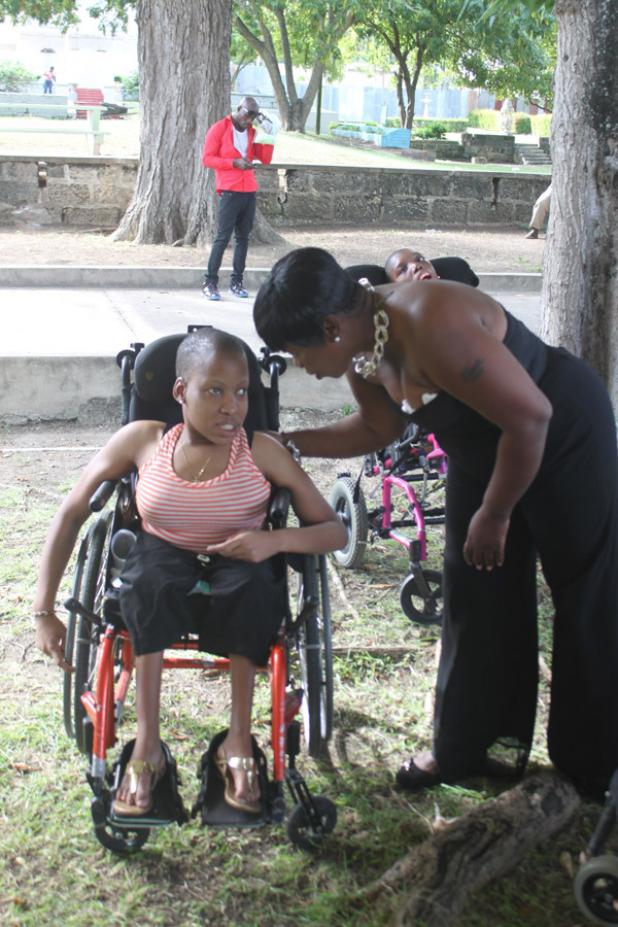 Founder of the Fishers of Men charity and organiser of Monday’s Children’s Party, Sharon Bellamy-Thompson, in conversation with Tricia O’Neal.

Christmas Party treat for the children

An afternoon of fun and entertainment was the order of the day for the “over 300 children” who attended the event entitled, ‘Remember The Kids’.

It was organised by Founder of the Fishers of Men charity, Sharon Bellamy-Thompson. This children’s party was held on Monday in the historic, Queen’s Park.

Bellamy-Thompson told The Barbados Advocate that she has been annually hosting fun events for children for “the last five years, but I have never done a Christmas Party”.

She further explained that she does this because, “I love kids”.

“I only have one, but I love to see kids happy and nothing makes me happier than seeing kids smiling.”

In attendance at the Boxing Day event were children drawn “from various children’s home across Barbados, from different districts and some from the special needs school”.

The children were full of energy as they played in the jumping tent and on the various types of slides. To their delight, they also received a visit from Santa Claus. He not only mixed and mingled with all present, but showed he didn’t possess two left feet. While moving to the Christmas selections played by Wacky Wayne – The Entertainer, he danced with a number of children.

Bellamy-Thompson, who stated that it was “not hard at all” acquiring sponsorship for the party, thanked all the companies for supporting the initiative. The community worker especially thanked the Barbados Defence Force (BDF) for providing the lunch enjoyed by those in attendance at the Party, which ran from 11 am until 6pm.(MG)