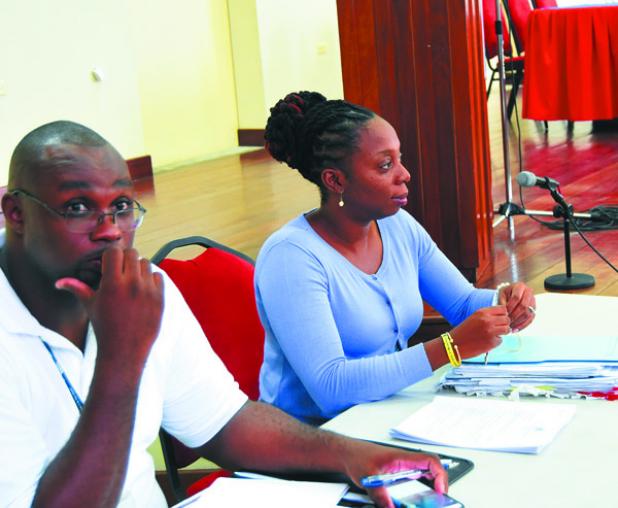 The Barbados Workers’ Union (BWU) is adamant that the money awarded to the retrenched workers of the National Conservation Commission (NCC) in the judgement rendered last Friday, should be paid to them in full and soon.

General Secretary of the BWU, Toni Moore, made this clear while speaking to the media yesterday evening, following an almost two-hour meeting at Solidarity House with the former NCC workers, to discuss the recent ruling handed down by the Employment Rights Tribunal.

Moore told reporters that while the Tribunal indicated that the arrangements are to be worked out by the unions and the NCC, the BWU feels strongly that no meeting is required with the NCC to negotiate this matter, contending that there are only two questions to be answered – what is the quantity to be paid and when will it be paid?

“We recognise that the amounts will differ by employee impacted, based on what the weekly or monthly payment was… and once we have finalised those and verified with the persons – because we were made to understand that there are some people that had lieu day entitlements and vacation day entitlements that would also have to be taken account of – and once that process has been gone through, the question of when will come into play, and we don’t believe that the when question is one that would start being answered once we’ve finalised the figures,” she said.

The General Secretary maintained that the Ministry of Finance already has that information at its disposal, and should be putting the provisions in place from now to make those payments to the affected workers, in as short a timeframe as possible.

“If we are saying that the workers have been off 106 weeks already, and we are saying that is a bitter pill to swallow in light of the fact that the award is only 52 weeks, one can imagine that we will not be comfortable waiting another week, another two weeks, or another any time... workers should get their money like yesterday, and that is our view.

“So as you have recognised, it is not left to the Barbados Workers’ Union, but I think that Government would be advised to make every effort to get the full amount into the hands of those workers, in the shortest possible time, to avoid further fall out,” the Union boss stated. (JRT)