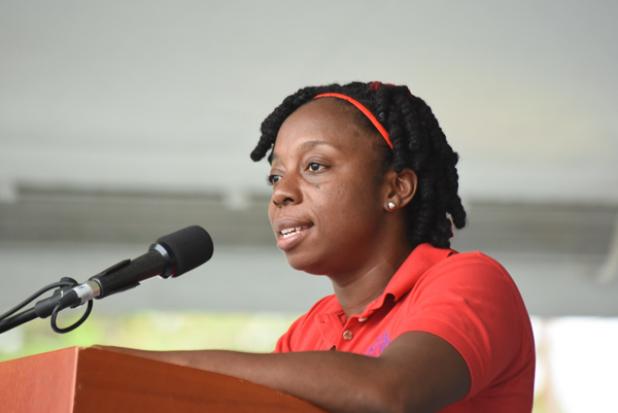 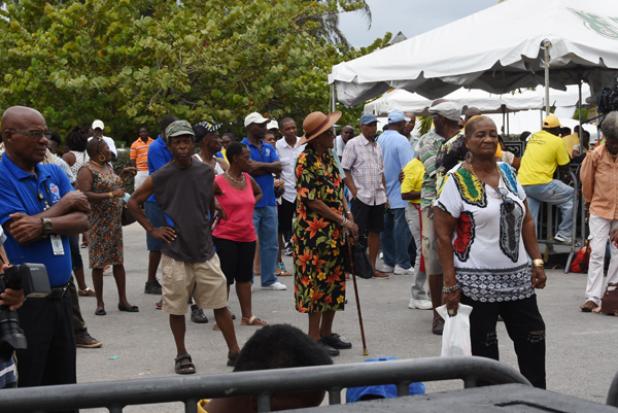 Some of the workers in attendance at Browne’s Beach yesterday.

BWU: A change is going to come

THE BARBADOS Workers’ Union had a few choice words yesterday for Government Ministers, the Opposition, employers, statutory boards and even some workers, during the annual May Day celebrations held in Bay Street.

General Secretary, Toni Moore, during a fiery presentation, thanked Prime Minister, the Right Honourable Freundel Stuart, for his acknowledgement of the importance of the trade union movement in Barbados.

“I can stand publicly here today and say that I have never challenged the integrity and the commitment of the Prime Minister, that what he says is what he really believes and what he means for this country.

“But coming into leadership in the past couple years, I understand, or I acquired the knowledge very early, that it is not only important for the leader to believe, but to translate that message throughout the body, so that everybody else can – even if they don’t believe, even if they cant see – have enough faith in that leadership that they agree to disagree without being disagreeable.

“It therefore requires the body to hold up the principles espoused by the leader.”

She noted that the Union is still facing criticism, by those who on one hand describe the movement as ineffective, yet on the other hand calls it reckless.

Outlining some of the battles that were faced and continue to be faced, she lamented that there are workers in Barbados that are being held to ransom by employers.

She drew reference to a Minister’s refusal to meet with workers.

“I want to issue a newsflash for all those members of Government and the Opposition, who share that kind of philosophy and that kind of thinking: A change is going to come in your thinking, or you better find yourself in some other vocation.

She said the BWU’s mandate and message is one of reclaiming, rebuilding and redirecting for our people’s development. Moore lamented that workers are being held to ransom by reality of joblessness, stagnant wages and insecurity, which she said are stifling the life out of their purchasing power and development.

The general secretary said there are those who refuse to grant workers their right to collective bargaining, and further charged that some workers were rewarded with gifts to break the bands of unity.

“And in 2016, we as a people who want change, who desire change, we became so hungry and hard-up, that rather than stand together for a better way called ‘truth and justice’, we lose through our loyalties to our stomachs and to a quick fix.

“Shame on them and shame on you too! Remind them that your right to strike is not a crime, but a fundamental right, not to be used wildly.

“It was never used wildly, as you heard by the BWU, but the right to strike, unfortunately, is still a solidarity’s only hope when all reason has been rejected,” she said. (JH)