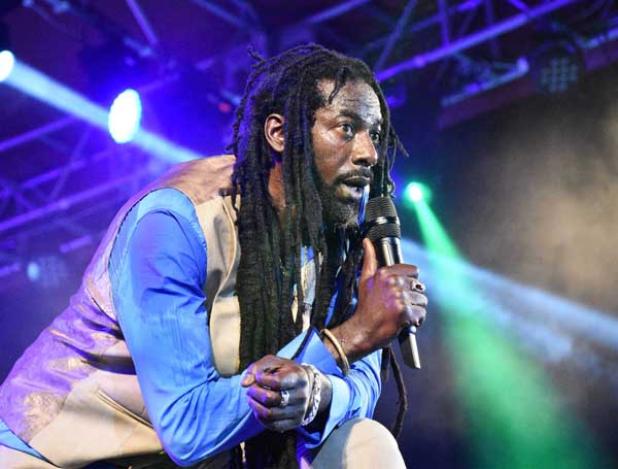 Buju Banton as he connected with his audience. 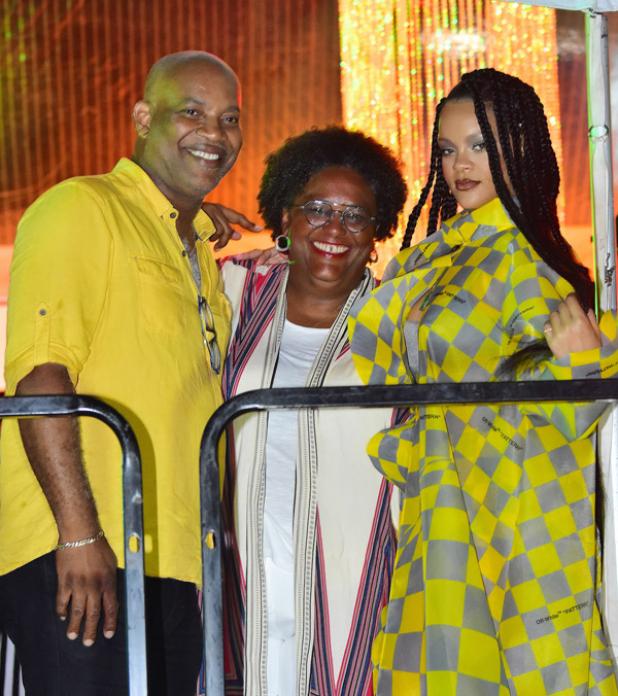 IT was almost ten years to the day since Mark “Buju Banton” Myrie last performed in Barbados at the Reggae Festival at Farley Hill National Park.

To say a lot has happened in that decade for the 45-year-old dancehall artiste would be an understatement. His fan base has increased exponentially, evidenced by the thousands of old and new fans of all ages who made their way to the Kensington Oval for the Barbados leg of the Long Walk to Freedom Tour, which officially kicked off the 2019 Reggae Festival season on Saturday night. The size of the show made it arguably the largest in the history of Barbados.

The highly-anticipated event was packed with entertainment from around 11 p.m. when Barbados’ very own Buggy Nhakente took to the stage, once again deliver-ing a stellar performance. He was followed by the Mr. Smooth himself, Wayne Wonder. The crowd was treated to a surprise performance by Agent Sasco, formerly Assassin. He was followed by Spragga Benz, who hit the stage and performed several of his hits including Hunting, We Nuh Like, and Movin’ Up the Line. Internationally-acclaimed DJ Puffy took the audience on a journey back in time, testing their knowledge of early dancehall riddims and bringing them forward with newer hits.

However, the crowd came for the man of the hour.

Buju Banton came on stage just around 1.30 am and did not disappoint. With a long intro from his backing band, his powerful voice reverberated through the Oval as he belted out his popular “Our Father in Zion” which was met by loud screams from the massive audience even before he stepped on the stage.

Immaculately attired with his locs wrapped around his head, Buju gave a stellar performance, which the fans closer to the stage had an opportunity to witness first-hand.

Delivering a seemingly cathartic rendition of each of his songs, the intensity of this singer was undeniable as he poured his heart and soul into “Not an Easy Road”, “Give I Strength”, “Hills and Valleys” and “Wanna Be Loved”. So intense was his performance that the singer’s clothes were drenched with sweat and his long locs flowed freely. He was joined on stage by Wayne Wonder just around 2.20 am, much to the delight of the audience. The crowd was shocked about 20 minutes later when the show seemingly came to an end as the singer left the stage.

He soon returned after some “coaxing” from the crowd, having changed his dress shirt to a T-shirt, he gave the audience a few more songs before ending his one and a half hour set. The crowd seemed unsure if the show was truly over but emcee Peter Coppin made it clear by urging patrons to travel home safely.

The Grammy Award-winning artiste was arrested on cocaine charges in 2009 and given a mandatory ten-year sentence in 2011. He was previously scheduled to be released in 2019; however, his release day was last year changed to December 8, 2018.

The event was attended by Prime Minister of Barbados Mia Amor Mottley who was seen chatting with Barbadian-born international superstar Rihanna who attended the show. Young Barbadian powerhouse Trinity Clarke gave a powerful rendition of the national anthem to open the show.

The festival continued yesterday with the Reggae Beach Party at Pirate’s Cove and will culminate tomorrow, April 30 with the Vintage Reggae Show and Dance. (JH)