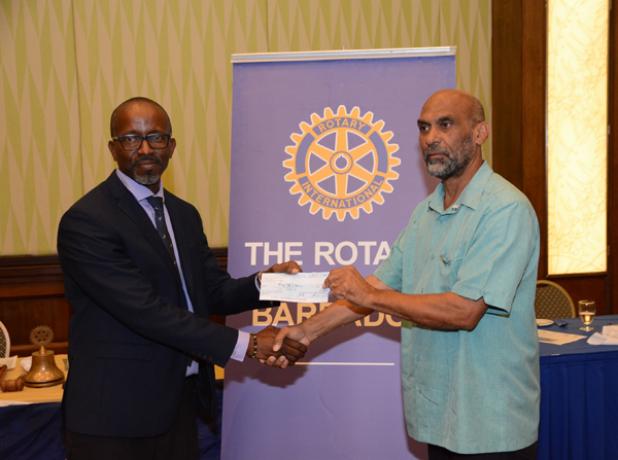 Cecil Shillingford, President of the Rotary Club of Dominica, is contending that the loss of Ross University School of Medicine will greatly impact the country.

He was speaking to The Barbados Advocate at the Rotary Club of Barbados’ luncheon at Hilton Resort, about the devastation caused by Hurricane Maria and the recovery process.

“In terms of Ross leaving, it is going to impact the country greatly – it is like 30 per cent of our GDP and there are a lot of people depending on this Ross situation. I don’t have all the facts…but our loss is going to be Barbados’ gain,” he stated.

“In 2015 we were hit by Tropical Storm Erica and that devastated nine communities in Dominica; one community had to be pretty much closed and persons moved to other areas, which is difficult. Last year we got hit by Hurricane Maria which was a Category 5 and it totally devastated the entire country – the loss was 225 per cent of the GDP and there were thousands of houses that were damaged.

“The clean up has been done but the issue for us right now is the housing situation and in Dominica it rains almost every day and it is very windy. [A big] problem is the lack of material on island and the difficulty sourcing the material…” he lamented

Thanking the Rotary Clubs in Barbados for their assistance in Dominica’s journey to recovery, Shillingford said, “The Rotary Clubs in Dominica have been quite busy in terms of providing assistance to poor families and people who have lost everything… In the Caribbean we are going through economic crisis, but I can say there was an outpouring of support for Dominica, especially after Maria, so the Rotary wasvery active in dealing with getting this support to Dominicans.

Shillingford added, “It is important to be prepared, but sometimes it is not much you can do about the impact as a small island, but as a Caribbean people we have to work together.”
(NB)