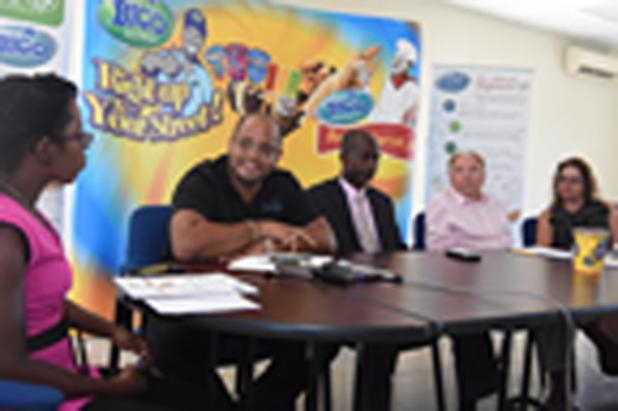 Fri, 05/20/2016 - 12:00am
Staggering amounts of plastic and styrofoam containers are being dumped in the landfill each week, and Barbadian businesses have a responsibility to reduce these numbers by embracing environmentally-friendly products.
Leading the way, Bico Limited has introduced “Vegware”– a fully compostable alternative to styrofoam for a wide range of food and beverage containers.
Speaking to the media yesterday at their Harbour Road head office, Executive Chairman of Bico, Edwin Thirwell, outlined that the Vegware containers, which were made from biodegradable plant matter, broke down within 12 weeks; a significant difference from the estimated 500 years minimum for a single styrofoam container.
“This is the beginning of a change that we are hoping will see some traction. It will not be an overnight sensation but it is something for those aware of the environment. That they are very aware that something must be done to slow down initially and eventually change the mindset of people from discarding litter in gullies, on beaches and filling up the landfill. It is a huge problem,” he stressed.
General Manager Jo-ann Pooler pointed out that while a whopping average of six to eight 40 foot containers of styrofoam products are dumped in this island’s landfill on a weekly basis, along with millions of plastic bags, many of these environmentally harmful products are also making their ways into gullies, beaches and the oceans, where they were proving hazardous for marine life.
She also noted that styrofoam or polystyrene, leached toxic carcinogens with heat; a health risk for those persons consuming the hot food or beverage.Saying that over 100 cities around the world had already banned such containers, she explained - while showing the gathered media – cups that looked and felt like plastic, but were actually made of 100 percent cornstarch - that ‘Vegware’ had several environmental benefits. (JMB)