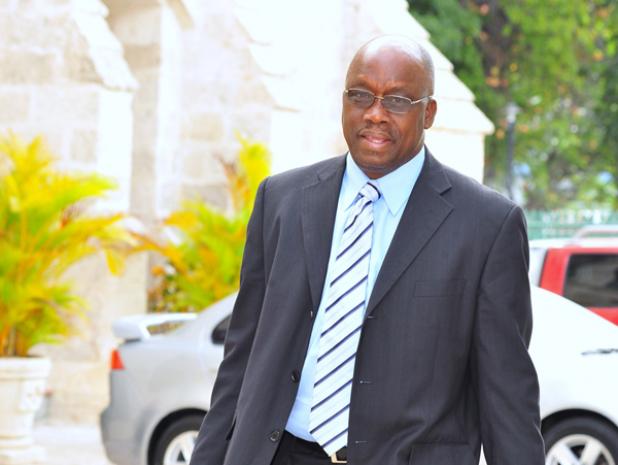 Sat, 09/17/2016 - 12:00am
The CEO of the Barbados Agricultural Society (BAS), James Paul, is expecting a larger than normal turnout when the Barbados Egg and Poultry Producers Association holds its annual general meeting (AGM) today as there are a number of issues that its members are faced with – mainly how the importation of turkey and poultry wings is affecting their livelihood.
Speaking at a press conference on Thursday in his office, he said that one of the issues of growing concern to them is the comments made recently by the Minister of Industry, International Business, Commerce and Small Business Development, Donville Inniss, whose remarks he
described as “really unfortunate” intensifying his response from earlier where he described these same comments as “unfortunate.”
Paul said that contrary to the popular belief of some, the imports are affecting local farmers and the evidence can be seen from as far back as the 1980’s.
“First of all I want to make reference to the comments made by the Minister of Trade and Commerce, Donville Inniss. I described earlier his comments as unfortunate and I will double down on those comments as being really unfortunate, largely because of the fact that anyone
who has any historical background in the industry will understand why the poultry growers in Barbados are saying that the relatively recent pattern of imports of both turkey wings and poultry wings into Barbados is causing problems – why are they saying so? – Because there is some foundation which dates back to the 1980’s.”
He stated that these are issues that need to be addressed as soon as possible.
“We have some indications really that there are issues within the industry that need to be addressed and undoubtedly these have been occasioned by the fact that because of the increased importation of poultry wings and turkey wings it has caused strain in the industry.”
This is why they are expecting more members to come out this weekend for their meeting, he said.
“This of course is coming at a time when we are scheduled to have our annual general meeting of the Barbados Egg and Poultry Producers Association, where we do expect an above normal turnout of our members. The above normal turn out is occasioned by the fact that we have a number of practising poultry growers who are experiencing issues at monthly board meetings and our quarterly board meetings [where] we have a few members.” (PJT)