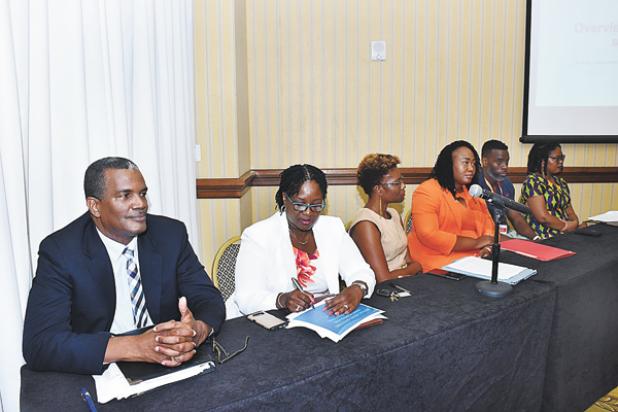 There are no “no go” areas in Barbados.

This confident assurance came from the Deputy Commissioner of Police, Erwin Boyce, as he gave a brief presentation during the SALISES 20th Annual Conference’s Symposium on Crime Friday evening.

“We have continued to develop our community policing, and we have continued to make sure there is a robust dedicated police presence on the road. We have also been working assiduously on the execution of our intelligence apparatus,” he reassured.

Boyce noted, however, that there still remained a challenge on how to manage the fear of crime.

Cheryl Willoughby, Director of the Criminal Justice Research Unit commended the police for the work that they were doing.

“For a small country and a small police force, I think that the Force is doing an excellent job at solving these murders, as well as interdicting a lot of the drugs that are coming on these shores,” she said. “And I want to hypothesise that it is because of the excellent work that the force is doing to interdict these drugs that we are seeing this conflict occurring among young people in our communities, the access to drugs is no longer as prolific as it was before and you know with lack of access to a product that is so high in demand leads to violence.”

Willoughby went on to note that her unit was currently in the process of fleshing out a three-year crime strategy.

She explained that this strategy would include evidence of crime control and crime prevention.

“You will come to hear in the near future strategies that will treat crime as a public health concern, similar to HIV and AIDS, where primary, secondary and tertiary crime prevention strategies will be outlined and as I mentioned these are currently being fleshed out,” she said.

In addition to having recommendations for needs assessments among high risk families, Willoughby said that it was important to have a victimisation survey included, as it gave the true extent of crime in any country.

She assured that they would be embarking on this very soon. (CLF)