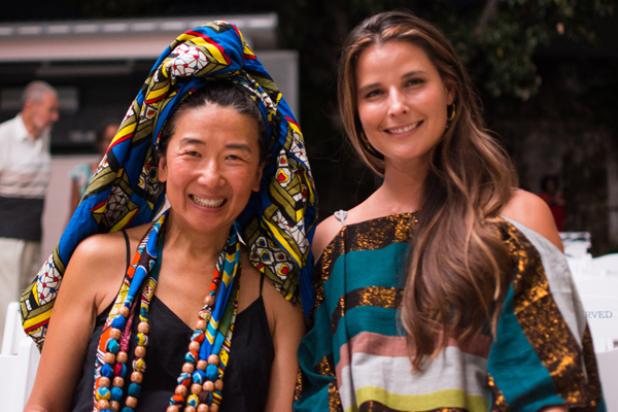 The Barbados Independent Film Festival (BIFF) is not occurring again till January 2020, however the committee behind the organisation has no intentions of slowing its momentum in regards to showcasing quality filming talent to local creators.

The internationally known, retrospective film-maker, Iara Lee, was invited by BIFF recently to showcase one of her new films which has been making its rounds on the numerous film festival circuits.

Burkinabè Bounty tells the intimate but important story of agricultural resistance and the constant battle over food in the small, landlocked country of Burkina Faso, located in West Africa. The tale is told from the angle of local activist farmers, students, artists and leaders of the national Slow Food movement. The film’s main purpose is not only to show the struggle the citizens of Burkina Faso constantly face, but also to educate all who see it to the importance of developing sustainable food sources and being responsible for the actions in one’s environment.

Our Slow Food Barbados branch, along with BIFF, L’Alliance Française and the team behind the Barbados Museum and Historical Society worked together on this initiative, to bring the film and its film maker to the island in order to help bring awareness and a different perspective to our current state of environmental issues.

The screening for the film was last Wednesday on the grounds of the Barbados Museum, along with other showings of local films such as Liquid Gold: The Story of Rum in Barbados.

Julie McNiel, the CEO of Slow Foods Barbados, and also a member of the BIFF committee, was more than pleased to aid in bringing this important film to the local market. Taking time out during the screening, she spoke briefly on the educational activities Slow Foods Barbados has been bringing on stream and also what to expect in the near future.

“Our initiatives within Slow Foods are our educational Garden Food programme, to teach youth where food comes from. We also have a Chef Alliance, because chefs have a very important role to play and a voice [in food production]. Slow Cinema and Slow Fish which is about food sustainability within our seafood selection. So we have a lot going on this year, stay tuned!”

Iara Lee was also very pleased to visit Barbados for the first time, and spoke very candidly on how much she has been enjoying the island’s warm hospitality (and sun). For Lee however, it was important for her to bring the story for the Burkina Faso people to a wider audience; and in showing their plight, she hopes to help spur change in food sustainability around the globe.

“We have to be very proactive about protecting our food. We all eat, [so] we all have to be activists about it.”

For the experienced director, the joy she found during the development of the film, was found in the local people of Burkina Faso, and how they have taken back their country, using food development.

“The enjoyable part was seeing how people can get creative for activism. When you write political analysis, it can be very theoretical, but in Burkina Faso it’s all hands on. Musicians, farmers, photographers and dancers are all engaged in provoking positive change”, Lee said.

It is this engagement among local craftsmen that is the key to bringing sustainable ways of life to all economies across the globe in Lee’s opinion.