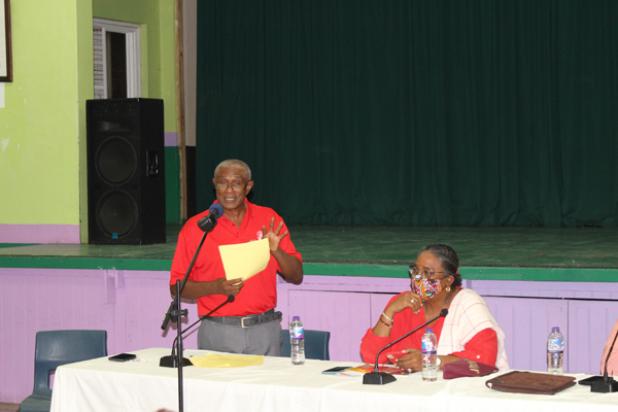 Member of Parliament (MP) for St. George North, Gline Clarke will be demitting office on September 30th to take up the post of Barbados’ High Commissioner to Canada.

The post of High Commissioner to Ottawa was formerly held for two years by Reginald Farley who recently returned to Barbados and was appointed President of the Senate.

“He will step down from September 30th from the Parliament of Barbados after a distinguished career as the representative of St. George North, unbroken since 1994. That means that under the laws of this land, the people of this country will have to go to an election within 90 days of October 1st.”

Mottley further congratulated the Deputy Speaker of the House of Assembly on his 26 years as a parliamentarian and said she trusted he will do well in the new role. She also mentioned that he was formerly the Vice Counsel and Liaison Officer at Barbados’ High Commission in Canada in the past.

Addressing the branch prior to the Prime Minister’s remarks, Clarke, who has been a member of the Barbados Labour Party for over 40 years, thanked his constituents and everyone who has supported him throughout his career. He said his decision to take up the new job when asked by Mottley occurred only after he spoke to family and close friends.

Clarke used Sunday’s meeting to highlight his experience during his present term in office. He mentioned some of his greatest and worst moments as an MP, shared some of his overall accomplishments and touched on some of the areas where work is still needed in the constituency.

Clarke, who said it was an honour to serve the people, also shared that he really enjoyed Parliament and encouraged younger parliamentarians to do likewise.