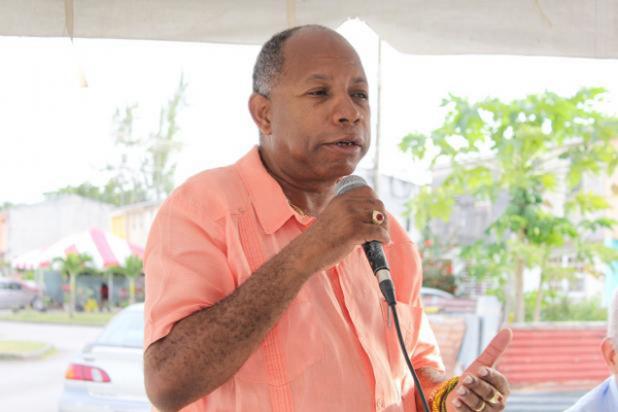 David Denny, General Secretary of the Caribbean Movement for Peace and Integration (CMPI).

Another protest to be held outside of US Embassy in Barbados

The Caribbean Movement for Peace and Integration has scheduled another protest, to be held outside the United States Embassy in Barbados, tomorrow July 4th, 2020.

David Denny, General Secretary of the Caribbean Movement for Peace and Integration (CMPI) says the protest action is scheduled to coincide with the United States’celebration of Independence Day, as well as the celebration of CARICOM Day in the Caribbean and the aim is to again show solidarity for the Black Lives Matter movement and to also call for a number of local changes.

“The Caribbean Movement for Peace and Integration will organise a protest next to the Embassy of the United States of America in Wildey, St. Michael Barbados. This protest will take place on the 4th of July, 2020 from 11:00 a.m. until 1:30 p.m. Comrades, you know that this day is the Independence Day for the United States of America. It’s also CARICOM Day and the following da,y the 5th of July is the Independence Day for the Bolivarian Republic of Venezuela,” Denny indicated, during a virtual briefing.

“We will also send our solidarity to the Government and people of the Bolivarian Republic of Venezuela and we want to say thanks to that government, for showing solidarity with our region,” he noted.

Acknowledging that a number of speeches and performances are planned for the day by leading artistes, he also noted that calls for the statue of Lord Nelson to be removed from Heroes Square will be reiterated, as well as calls for the Queen to be removed as Head of State of Barbados and for the island to become a republic.

“We will also speak to the agenda about economic democracy and the opening up of our country, to give black businessmen and women opportunities in Barbados. Comrades, we will send our solidarity to the Palestine people also. So I want to invite all of you in Barbados to join the Caribbean Movement for Peace and Integration and for you to participate in our protest,” Denny commented. (RSM)