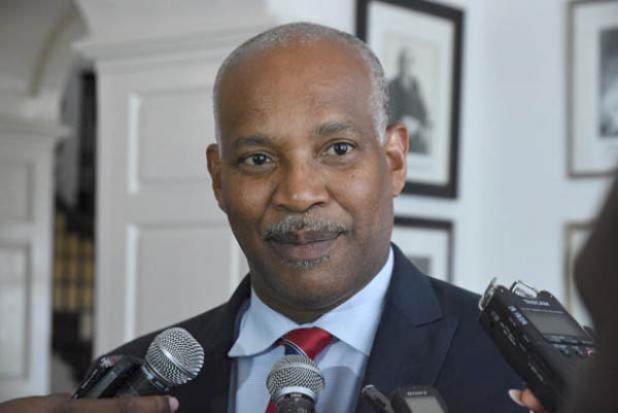 Attorney General and Minister of Legal Affairs, Dale Marshall, says that the Government is prepared to go the route of litigation, if needed, to get Barbados off the European Union’s money laundering blacklist.

Speaking in the House of Assembly yesterday morning, as he led off debate on a money resolution to approve $840,000 for his Ministry as payment to a Canadian firm to get Barbados fully compliant with the Financial Action Task Force (FATF), Marshall stated that despite the European Union (EU) agreeing to consult with Barbados on such matters, no such consultation has taken place on the most recent blacklisting.

“I am not going to go into the minutia, but I say to this Chamber that the EU has had no discussion with the Government of Barbados or its agents. They have had no discussion with me as the Minister responsible for dealing with the money laundering issues, none whatsoever. But yet still they are pretending that we had these discussions,” he indicated.

He was speaking in relation to the decision taken by the EU in May of this year to blacklist this country’s regulatory regime to combat money laundering and the financing of terrorism. AG Marshall is adamant that if the EU believed that there was a problem in Barbados, the relevant authorities should have contacted officials here and discussed it.

“Over a year ago, we fought with the EU in relation to naming and shaming jurisdictions and we argued with the EU that you can’t name and shame us in a process where there is no opportunity for consultation. If the EU has a view that we have fallen short, we should have an opportunity to say to them, ‘No, we haven’t fallen short’; this is our state of affairs,” he insisted.

He made the point while noting that the EU’s blacklist is predicated on the basis that countries that have not met certain standards, such as that of the FATF, represent a high risk to their financial system, as it relates to money laundering. But Marshall argued that “little Barbados” in fact does not represent a “big threat” to the EU, considering that the money supply of Barbados is less than 0.00001 per cent of the global money supply.

“In other words... if our money supply evaporated, it would make no difference to the international economy. The amount of money that passes through the Barbados system is so little. I’m quite sure that large merchant banks in New York deal with more money than our total money supply... We are miniscule,” he stated.

Marshall added, “But somehow they predetermined that Barbados represents, because we have not graduated from the FATF system, that we represent a high risk.”

To that end, the AG and Minister of Legal Affairs contended that Barbados was fighting the blacklisting “tooth and nail” and prepared if necessary to litigate the EU’s stance in various international fora. He maintained that Government is prepared to do so, not just because the blacklisting has the ability to cripple the country’s financial system, but because of the principle which says a man cannot be judged and convicted, unless he has an opportunity to be heard. (JRT)