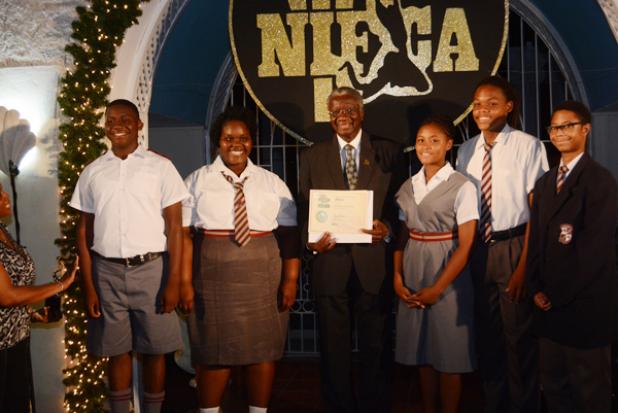 Offering the group his congratulations, Prime Minister, the Hon. Freundel Stuart, urged them to continue in their pursuit of high achievement and to contribute to the high standards of the festival, “always challenging established orthodoxies, with the aim of encouraging innovation and creativity”.

He insisted that in its 43 years of existence, the festival continued to work toward the affirmation of Barbadian traditions and creative culture across the disciplines and played a leading role in the island’s creative industries’ development, before extending thanks to corporate Barbados in continuing to invest in artistes through the festival.

Stuart outlined that since its 2002 introduction, the Prime Minister’s Scholarship has been awarded to 39 individuals. This award, which is a financial grant of over $30 000, supports higher training in the respective artistic disciplines, and according to him, “is already reaping benefits for Barbados through the outstanding contribution that awardees have subsequently made to the island in the areas of training, the excellence of their performances and the growth of their reputation internationally”.

“NIFCA has also seen the benefit of this investment with many awardees returning home to perform and to train and prepare another generation of performers. This approach of giving back is to be commended and must be encouraged,” he stressed.

Also extending his congratulations to the awardees, Minister of Culture, Stephen Lashley, spoke on the record number of entries in local music, stating that this was welcome news in not only promoting the indigenous art form, but also propelling its way forward. (JMB)