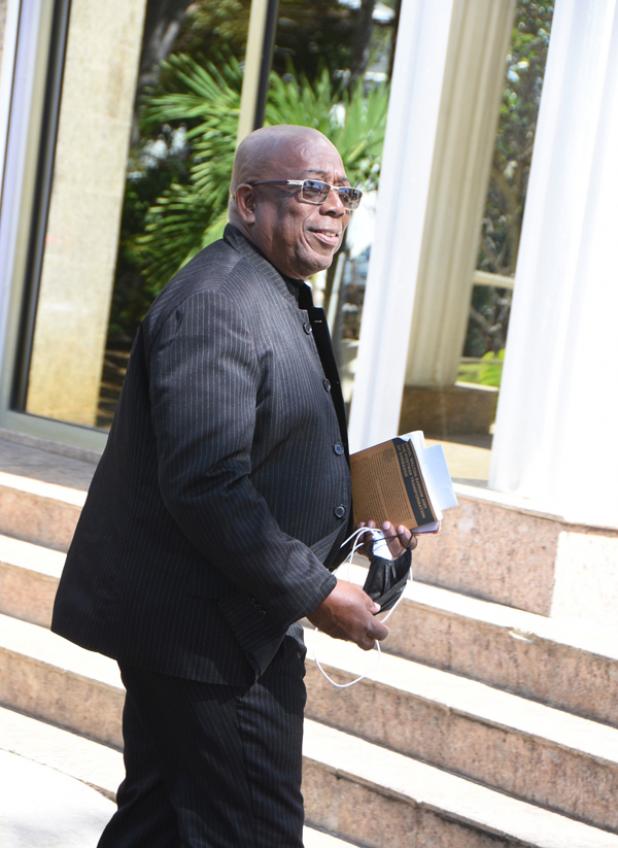 Government’s decision to lease the once official home of the first Prime Minister of this country to the Duke of Edinburgh’s International Award Barbados Charity, is not sitting well with one of its own.

Rising yesterday in the House of Assembly to make his contribution to the debate on the land resolution, Government backbencher and Pan Africanist, Trevor Prescod, described the decision to lease the property to the charity, which has ties to the United Kingdom, as “wrong” as he maintained that Government should defer the debate and go back to the drawing board.

The Member of Parliament for St. Michael East said that while he did not initially intend to participate in the debate, he could not sit silent as it would be a betrayal of the trust that people had put in him. Prescod’s comments came as he charged that while Government appeared to be on a “new cultural trajectory” with the removal of the statue of Lord Nelson, the commencement of the construction of the Golden Square Freedom Park in the City, and the announcement of the intention to become a republic, the plan to lease the property to the charity was taking the Government off course.

Prescod added, “This is over 15,000 square metres of property, in my view it is a historic site [and] should be representative of who we are, not Prince Philip”.

“It was not his personal house, but the State provided that house for him and he was breaking the back of the same colonial masters that this man who is the founding father of the institution represented... You don’t believe that a more refined thought from that working-class intellectual ought to be put in this, before this matter comes before the House of Assembly? I was only reserved this morning because I know I am outnumbered... I don’t want to go down in history as an insane man in Parliament, but I know this is not right,” he maintained.

The Pan Africanist suggested too that there are many institutions which contributed to the development of young Black people in this country which are as deserving, or even more so, of assistance from the Government. His remarks were in stark contrast to fellow colleagues, who spoke previously, as he charged that Barrow would likely turn in his grave at the thought of the charity being headquartered in his former residence.

“We are now saying that we are going to do something so fundamentally different to create a new political configuration this year with a republican form of government, which requires public discourse and probably internal discourse as well and we want a republican form of government because we don’t want to hold the symbol of a Governor General as representative of the Queen of England... So you are signalling one thing to the people and you seem to be on a different track,” he lamented.

The former Environment Minister warned the Government that it needed to be mindful of the mixed signals that they were sending the people.

“People become confused, people begin to doubt you... If I was in a stronger position, I would ask that this matter be deferred. I prefer you to defer this and tell whoever you have given the commitment to, that on reflection we believe that there are a number of considerations,” he stated.

Prescod finished by saying that if allowed to pass, the resolution would be “a clear case of who we truly are”.