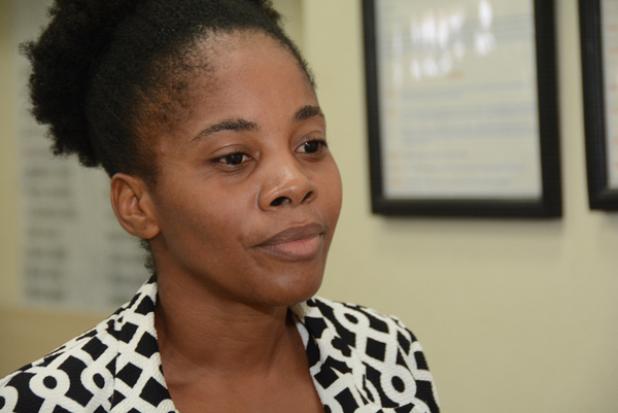 Executive Assistant to the General Secretary of the Barbados Workers’ Union, Sindy Green.

As the Barbados Workers’ Union (BWU) celebrated its 78th anniversary on Friday, members were assured it would continue to fight for their rights despite the changing face of work.

Speaking to the media moments after celebration activities kicked off at Solidarity House, Executive Assistant to the General Secretary of the Barbados Workers Union, Sindy Green, insisted the trade union remains relevant today.

“We all believe the union is still relevant, because 78 years later the world has changed and we are now living in a globalised world and having different practices coming in from all over the world, some of which are not necessarily good practices. Therefore, as Barbadians are now facing things they are not accustomed to, [they] would need their union to be responsive in those times,” she stressed.

Green also spoke on the rise of the digital age, and reassured that as the workplace evolved so too did the union, especially its younger staff members who are more up to date on these changes.

“When the General Secretary (Senator Toni Moore) travelled to the International Labour Organisation, the future world of work has been a heavy topic so the Barbados Workers’ Union is going to make sure we stay on the top of that… The Executive Council will have guidelines when they meet on retreats to make plans in order to deal with it, especially regarding automation, and I can assure you the BWU will continue to work on that and ensure whatever happens, the rights of the workers are always respected and their working conditions remain as best as they can in the changing world of work,” she added.