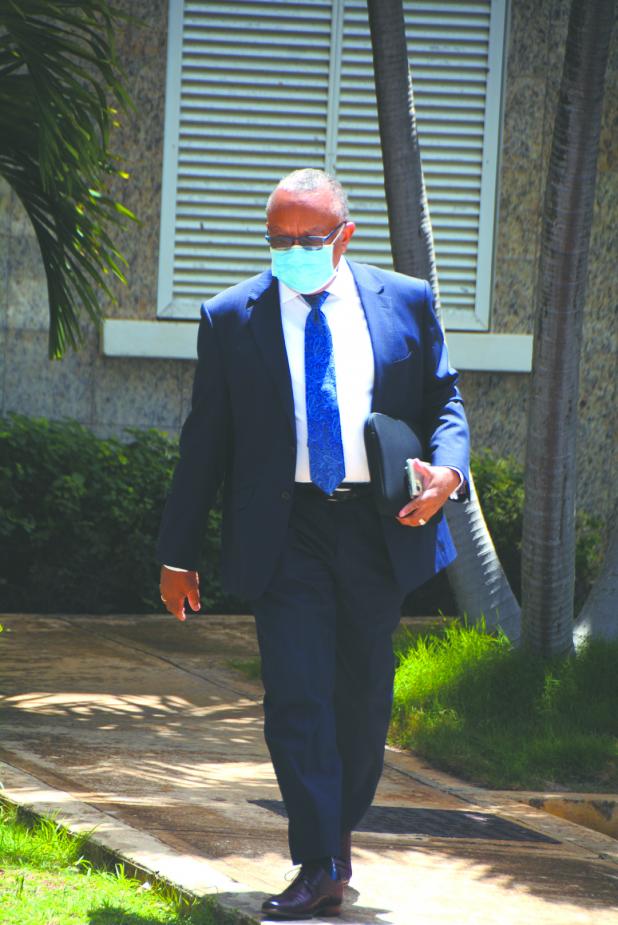 Placing the renewable energy sector under the ambit of the Fair Trading Commission (FTC) is the next step in developing the energy sector in this country.

That is according to Leader of Government Business in the Senate, Senator Dr. Jerome Walcott. Piloting the debate on the Fair Trading Commission (Amendment) Bill and the Utilities Regulation (Amendment) Bill in the Senate yesterday morning, he said it is important not to put all of our eggs in one basket and therefore there is a need to diversify the energy sector.

He explained that Government’s efforts are being guided by the National Energy Policy 2019-2030, which has as its goal, the country becoming 100 per cent carbon neutral by 2030. Walcott said that while it may be considered a “high aspiration”, for Barbados, which has been described as a one that punches above its weight, it is a goal that the country can definitely work towards achieving.

His comments came as he said Barbados is a leader in the Western Hemisphere as it relates to solar power, introducing the concept of solar water heaters. However, he said the renewable energy sector has been more or less stagnant over the last few years, because of the uncertainty surrounding the rates.

“The purpose of us being here today is to put policy, the legislation and the regulatory framework in alignment and the process has not been an easy one, and it has not been a short one in terms of negotiations involving several different stakeholders, the Ministry of Energy and Water Resources, the Fair Trading Commission, the BL&P, the Government Electrical Department and other stakeholders,” he said.

He said for several decades there had only been the Barbados Light and Power and no contemplation of third party participation as is occurring now as it relates to renewable energy. As such, he said legislative changes have had to be made to facilitate such a change.

“It is felt that now with the stable pricing system with the feed-in tariff it will attract more entrepreneurs and certainly more investors and certainly encourage banks to free up with their credit... There are a number of categories in terms of renewable energy systems, there are five tariff categories that have been established for solar, two for wind, one for biogas and one for biomass,” the senator added.

He said they are paving the way for independent power producers to also benefit from the sector, which he said is part of government’s process of allowing ordinary Barbadians to invest and become involved in projects. It was also pointed out that even where an individual may not be able to afford it on their own, by way of a co-operative they could still be part of the process.